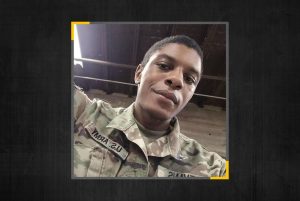 Failing to control the US-Mexico border is costing lives on both sides. Spc. Bishop Evans of the National Guard lost his life after heroically jumping into the Rio Grande to save two migrants who were drowning. The situation has become so dire that 23 migrants have drowned trying to cross the Rio Grande in April alone. The 22-year-old field artilleryman was one of the 10,000 National Guard members deployed to Texas under Operation Lone Star.

Governor Abbott’s pleas for help to secure the border have fallen on deaf ears at the White House. Operation Lone Star was launched in March by Abbott in an effort to increase Texas-Mexico border security, with $2 billion in Texas legislation allotted to the effort. The bill has been controversial as the state simply does not have the resources to handle the large influx.

In Bishop Evans’ sad case, the military said he did not have the proper equipment for his assignment. “We only received about 25 percent of the requested equipment due to delays from the vendor and global supply chain issues,” the Texas Military Department’s public affairs staff stated. Calls are growing for Abbott to declare an invasion, but he would face a slew of backlash from the current administration. Texas is almost out of options for securing the border without help from the federal government.