For Those Who Do Not Remember 9/11 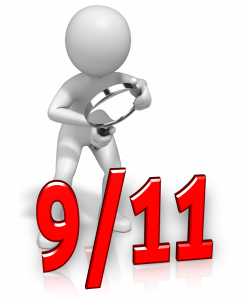 Those in college do not recall 9/11/01. College freshmen were only three or four years old at the time of the attack. They do not recall the ongoing search for Osama bin Laden or the frequent briefings from former President George W. Bush. Even young adults beyond college do not recall life before the Patriot Act and the abandonment of our privacy. They have always seen TSA at airports and terrorism warnings. The Patriot Act changed everything, and all Americans were forced to surrender their freedom to the government under the guise of “national security.” National security has been used to justify government surveillance ever since that tragic morning.

This may be why they are comfortable handing over power to government, and tend to vote blue, as they do not know of a life with fewer government restrictions. It is hard to explain how that event shaped the trajectory of America. It was used as a convenient excuse to begin a war that became one of the longest in America’s history. In addition to the 2,996 people who were killed on 9/11, countless soldiers have lost their lives. First responders are still facing the repercussions of the asbestos and debris that caused an array of health issues. Before the attack, America felt it was invincible. Yes, there was Pearl Harbor, but again that event was too far back to remember and was directed at a military base. An attack on American soil at the Twin Towers that signified capitalism in all its glory was completely unfathomable.

For those who do not remember 9/11 – America was a different place once upon a time. I encourage you to dig deeper as the true events that occurred on that day are NOT what they teach in school.

« The History of Juneteenth