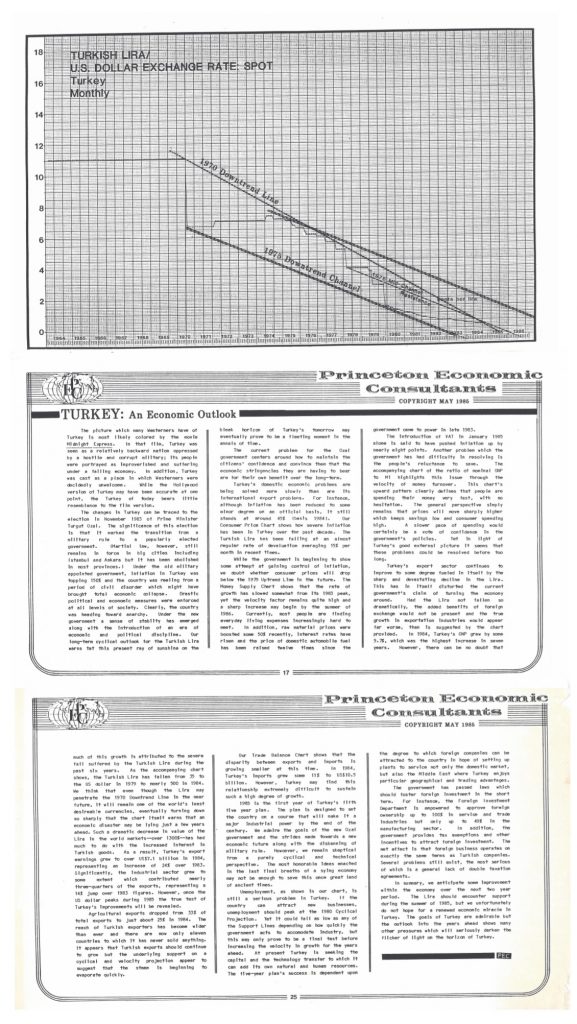 QUESTION: Mr. Armstrong, My father was ______ the banker who commissioned you to do the Turkish lira hedging project in 1983. He passed away as you know. I found this material in his files on Turkey that you apparently published back in 1985. Some articles are saying that Turkey is the epic center of debt. I do not get that sense here and I figured you were really the authority my father always quoted. Can you shed some light on this subject?

ANSWER: Yes, I remember your father well. You have my sincere condolences. I remember that project for it was very challenging. I had to create a hedging model for the Turkish lira when nobody would make a market. That was one of my earliest synthetic creations.

Turkey is BY NO MEANS the epic center of the debt crisis. That is really an absurd statement. Turkey has sold Dollar-denominated foreign debt like all other questionable emerging market countries. That is how they all have sold debt by taking the currency risk on to themselves.

I have been warning that as the US rates rise, this puts pressure on the $9 trillion of emerging market debt issued in dollars. The risk of a major debt crisis starting in Turkey is a very myopic view as we are facing a contagion of a Sovereign Debt Crisis among all emerging markets.

Turkish President Recep Tayyip Erdoğan is an autocratic strongman. The far greater risk is his rising threats against Greece and others to start a war. He has threatened the Kurds with war as well as Greece. He has threatened to extend the Afrin military operation to Manbij.

Yes, it is true that Turkey owes foreign creditors $ 450 billion, of which $ 276 billion is denominated in dollars and euros. The Turkish private sector has about 36% foreign-currency based debt. Because of the decline in the lira, interest rates on domestic loans has risen from 6% to 12%. 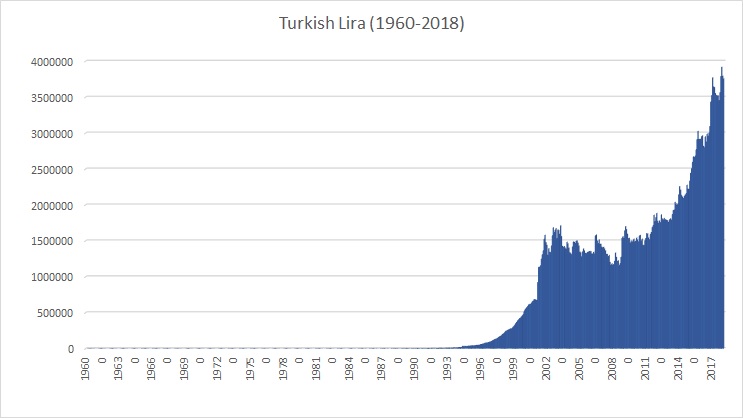 The lira has depreciated against the dollar dramatically since August 1970. It was trading at 9 to the dollar back in 1960 according to our database.

As interest rates rise, Turkey will certainly find itself in trouble. However, to say that Turkey will just default is one thing. The real risk is that Turkey will start a war to maintain its dignity and suspend all debt payments overseas both public and private.

Our models tend to reflect that Turkey will see a complete monetary collapse during the 2021/2022 period.

The people do not trust the Turkish lira. They are hoarding currency of just about any other country but their own.

« Erdoğan Wants to Revise the Treaty of Lausanne
Erdogan Recalls Gold Reserves from New York Fed – Is He Preparing for War? »