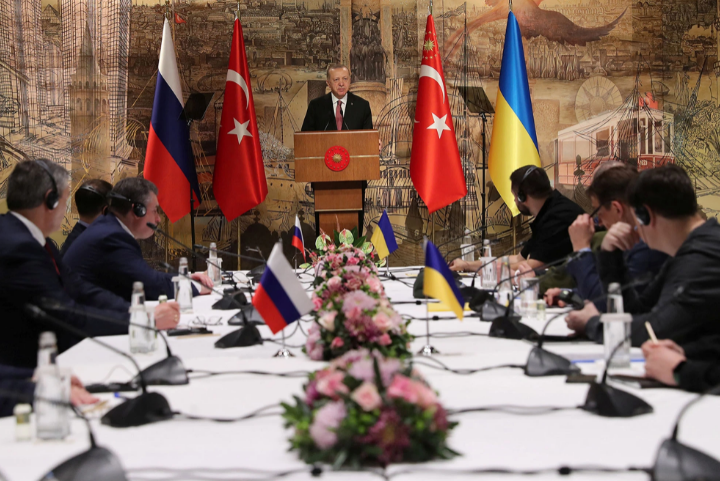 While the news is spinning this as Russia is losing for they are now negotiating, there is a lot more going on behind the curtain than people suspect – this will be a true TEST of international law. Indeed, Russia has promised to drastically scale down its military operations around Kyiv and the northern Ukrainian city of Chernihiv given Ukraine’s proposed neutral status with international guarantees. This will turn on the guarantee that Ukraine will not only remain out of NATO but will also no longer host bases of foreign troops. This will be under the original security guarantee in terms similar to “Article 5”, the collective defense clause of NATO. The proposal will be that this guarantee will be secured by NATO members Canada, Poland, and Turkey.

In addition, Ukraine will agree to a 15-year consultation period on the status of Russian-annexed Crimea upon a complete ceasefire. These proposals are being submitted to President Vladimir Putin. The Donbas is on the table for that must be settled to end the civil war which the US has been covertly funding against Russia thanks to the US Neocons.

While it appears based on our computer that some decision will come perhaps the week of April 18th, the real test will be something even far more important. Can the powers that be get our insane leader of the Free World, Joe Biden, to terminate all sanctions against Russians? If there is a peace settlement, then the White House should rescind all sanctions. That should include those put on by Obama back in 2014 because of Crimea. If that is NOT done, then there is no way to restore the world economy nor to aid the reduction of inflation. As long as sanctions remain in place, peace or no peace in Ukraine will mean nothing going forward.