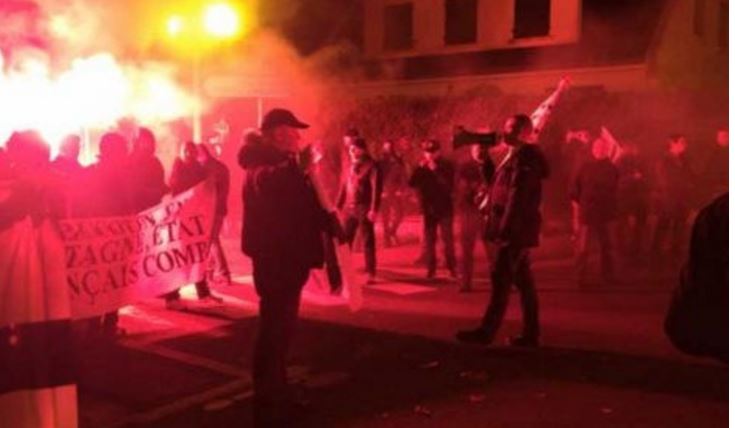 The European protests against the rapes by refugees continue to unfold. Germany’s migrant rape crisis has now spread to cities and towns all across the country in all 16 of Germany’s federal states. Germany now finds itself in a vicious circle from which there is no escape and this will dog Merkel who wants to run again in 2017. Most of the perpetrators are never found, and the few who are caught, receive lenient sentences because it would embarrass the government. Only one in 10 rapes in Germany is even reported and just 8% of rape trials result in convictions.

We have seen the same policy in France. Protests have been erupting when police continue to protect refugees who have raped local women. In this incident, protesters stormed the Brittany migrant center after assault the regional prosecutor confirmed that a 67-year-old local woman had been sexually assaulted by a young Sudanese migrant on Thursday November 10th. The fact that the police far too often protect the refugees for political purposes is turning many into Europe against their local authorities. This will only fuel the rise of Le Pen and for just cause.