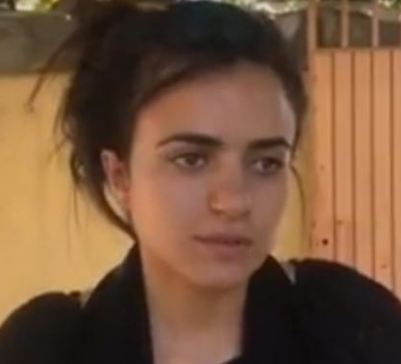 Europe has just lost its mind over the Refugee Crisis because it reveals how the politicians have lied to the people. A Yazidi girl who was sold into slavery by the Islamic State managed to escape and fled to Germany. She was only 15 when her entire family was captured by Isis in northern Iraq four years ago. She was eventually sold along with her sister and all other young teenage girls and she had to live with an Isis member she knew as Abu Humam.

She managed to escape and made it to Germany as a refugee. She was reunited with her mother and several other family members who all managed to flee. Then while walking down the street in February this year, she was stopped by a man. It was her ISIS captor there in Germany. He apparently searched and followed her to Germany. She ran to the authorities for help. They told her that they could not do anything about it because the man was registered as a refugee as well and thus ABOVE the law. She then feared for her life and fled Germany going back to Iraq where she said she felt safer there.

Meanwhile, Angela Merkel is fighting to keep her position as head of Germany. The Refugee Crisis that she alone created for Europe has been her Achilles Heel. Merkel has, according to Reuters, acknowledged that mistakes had been made with the refugees. With regard to the state election campaign next year, Merkel hopes that now admitting her mistake, she can keep her job.

“There are political issues that one can see coming but don’t really register with people at that certain moment – and in Germany we ignored both the problem for too long and blocked out the need to find a pan-European solution,” she said.

Until they really deal with the Refugee Crisis and limit anyone entering to families or women and not young men arriving by themselves, sorting out this issue will not unfold before it tears the EU apart.