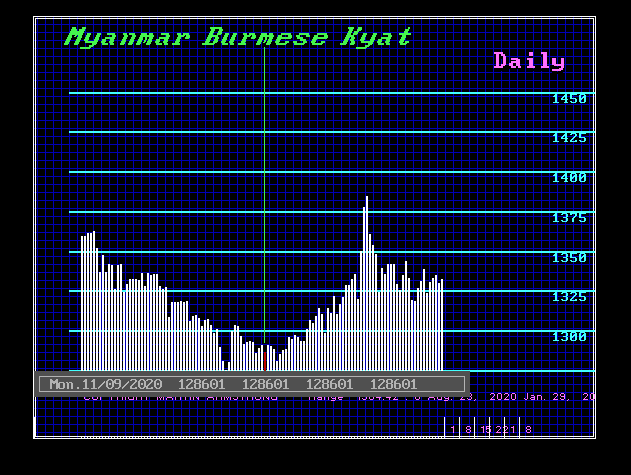 QUESTION: When you were in Singapore, you said that Myanmar was at political risk beginning in 2021 to 2022. Can you elaborate on the given this coup?

ANSWER: This coup has exposed the different political responses between China and the United States. However, it was curiously lined up with a global trend whereby the election of November 8, 2020, would also be one of corruption the same as we have seen in the United States. Ms. Aung San Suu Kyi’s party, the National League for Democracy, won some 397 parliamentary seats out of 476. This was reported to be even a greater victory than the landslide victory in 2015 when the party began a power-sharing arrangement with Myanmar’s military, which had ruled the country for about 50 years.

The currency was the key indicator as it rallied into 2020 against the dollar. However, we can see that since the election, the currency reflected the underlying political discontent. In order to “stop the steal” in that election, the military took decisive action on Monday morning because of what it said was voter fraud. They cited even underage girls casting votes. What we must understand is that the cycle going into 2032 is witnessing major political conflicts that will be worldwide. That forecast was not unique to Myanmar, it is simply part of a political trend. We will see political upheaval here in 2021 into 2022 in elections around the globe.

The really fascinating aspect of our computer forecasting such political trends is that they are reflected often in the currency movements. Here we can see that the currency began to move post-election.