Taiwan v China: Is it Time for Confrontation? 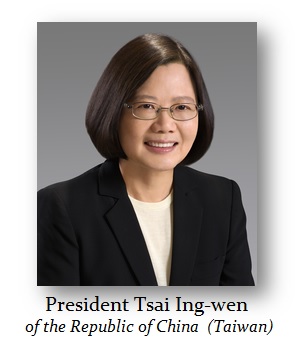 The tension between China and Taiwan has been going on for decades. Historically, the Republic of China was a state established in East Asia from 1912 to 1949 on mainland China, which included Mongolia and Taiwan. It was preceded by the last imperial dynasty of China, the Qing dynasty, which was the last royal dynasty of China that had followed the Ming Dynasty. Emperors ruled under the theory that they held the mandate from heaven. Hence, even when the Mongols conquered China, it was viewed as fate, as if heaven had handed them the mandate to rule.

Recently, a reporter from the Washington Post asked Taiwan’s President Tsai Ing-wen whether Chinese leader Xi Jinping had a deadline by which he wanted Tsai to agree to the 1992 Consensus. The president stated that it was the first time she “officially refused to accept the 1992 Consensus.” She continued by saying, “It isn’t likely that the government of Taiwan will accept a deadline for conditions that are against the will of the people.” The suggestion that a vote be submitted for the people was not welcomed in China.