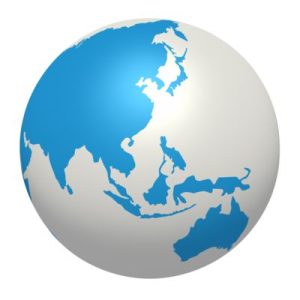 The War Cycle is by far on schedule. We have tensions rising almost everywhere. In Asia, we have the Kashmir Crisis as hundreds of people took the streets in Srinagar, the main Indian city, to protest New Delhi’s decision to lift the special status of the territory.

In Hong Kong, there are fears that China will send in troops and take military action, which would trigger an international crisis as fear in Asia as a whole will rise sharply over the future of economic stability. This could send the yuan crashing and even force the break of the Hong Kong peg. The Hong Kong share market peaked in January 2018. It has not made new highs in 2019 and remains at risk of breaking the 2018 low of 24540.43. That gives way and capital is showing its concern for the future of Hong Kong.

In South Korea, the high in the share market remains that of November 2017. We are trading below the 2017 low. A closing at year-end below that warns of lower lows into 2020. Here, the concern is the economic pressure on North Korea. North Korea holds a Tree Planting Day every March. The question is whether it could help regreen a largely deforested nation whose people face food shortages, deadly natural disasters, and bitterly cold winters. These economic pressures will eventually push the Supreme Leader into perhaps an attack on South Korea or face an overthrow himself.

We have a serious crisis building in Asia on three fronts. Then there is the chaos of Europe. The Democrats are complete idiots for claiming if Britain exits the EU, they will block any trade deal to punish Britain in support of Brussels. Instead of helping to solve the crisis, they are encouraging the EU not to renegotiate. The Democrats are basically saying — screw the Irish.

Right now, I am working from Asia in the middle of a real crisis with a front-row seat.