How Stocks Rise in an Economic Decline

Japan is in another recession but the Nikkei continues to go up!!

I assume this is mainly because of the carry trade??

ANSWER: This is the New Age of Economics. When you enter a Sovereign Debt Crisis, people lose confidence in government. When that takes place, capital moves to the private sector. Stocks will rise as a hedge against government in such situations. Do not confuse this with rising stocks in a speculative boom. This is the phase of trying to get off the grid. Things act differently then. There is a different outcome than hyperinflation, which has taken place in a peripheral economy but never in a main economy from purely economics. I have explained before, the collapse of Rome was NOT due to hyperinflation. It was FIRST due to the collapse in confidence when Valerian I was captured by the Persians, turned into a slave, and stuffed when he died as a trophy. When people no longer trust the state, the monetary system collapses. It is never HYPERINFLATION first — it’s the result of the collapse in confidence. That is what the goldbugs never get and it is why they lose so much money waiting for inflation to appear first. They simply do not understand how the real world functions, no less the monetary system. They hang their entire thesis on the German hyperinflation without understanding that it was a communist revolution that disavowed the national debt of the previous government by wiping out banks and savings as they invited the Russian communists to take Germany. If you had any tangible wealth, you hoarded it; you certainly did not have money on deposit in banks. 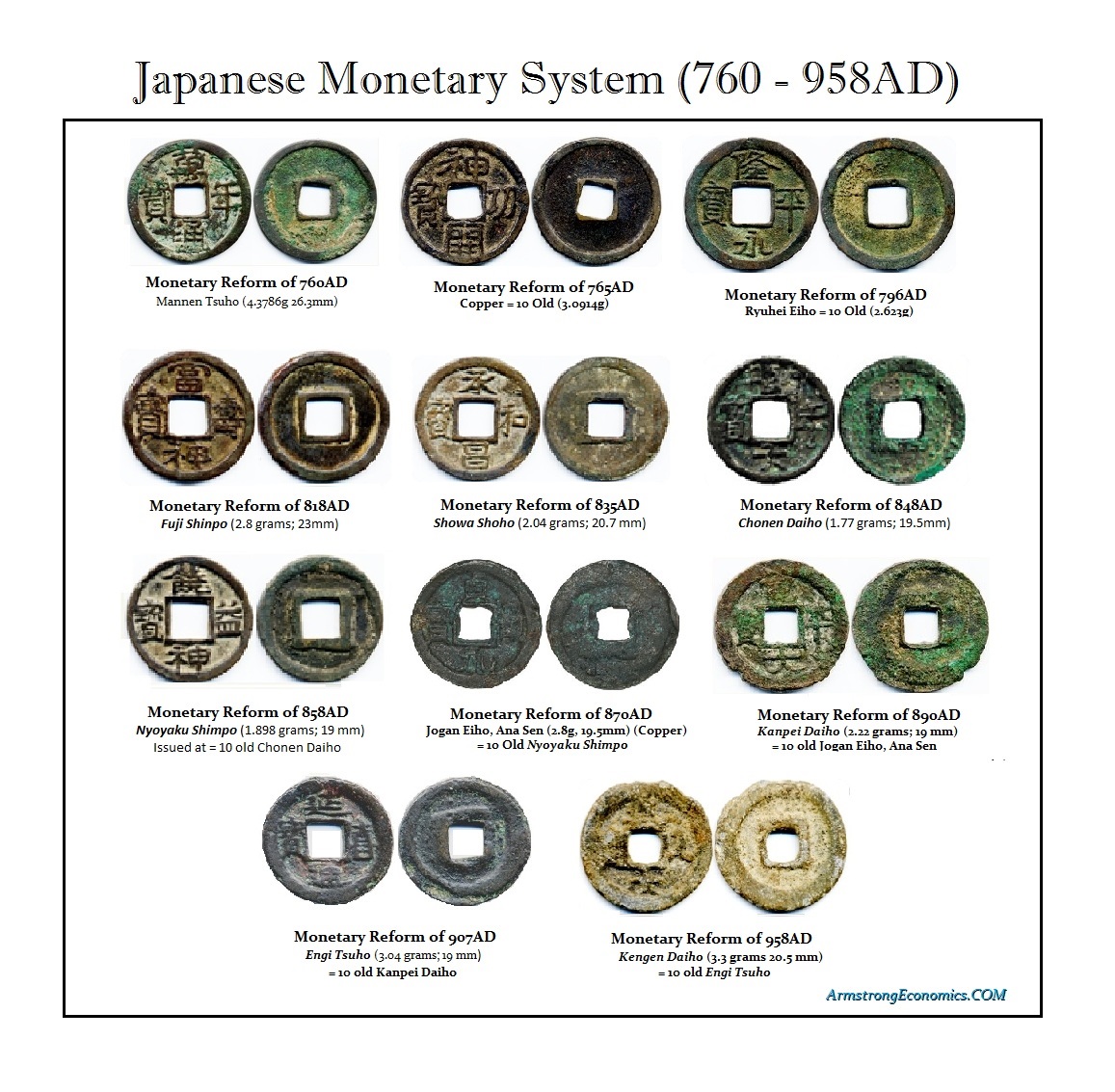 In the case of Japan, each emperor issued new coins and devalued the outstanding money supply to 10% of his new coinage. Eventually, people simply refused to accept Japanese coins, and as a result, bags of rice became money and Japanese emperors LOST the confidence of the people and could no longer issue coins for 600 years.