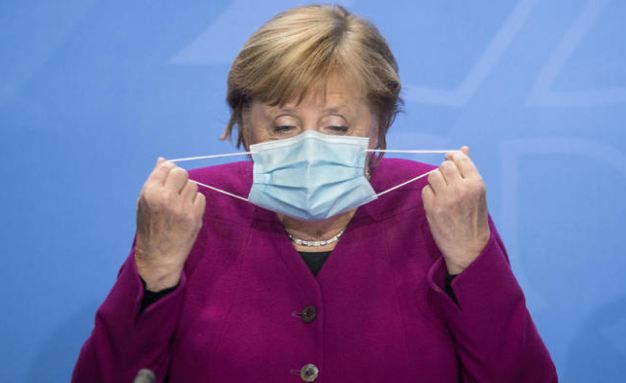 In France, Macron announced a 9 PM curfew for Paris and an 8 PM curfew in other cities. In Germany, Merkel is digging in her feet because she knows she will not run again. In my mind, this raises serious questions that she has been bribed. There is way too much evidence that people in her own government have told her this is not even a pandemic. Nevertheless, she is turning Germany into where she grew up — East Germany, behind the wall.

Merkel has taken Germany, Europe’s biggest economy, and has begun to squash protests by imposing limits on people gathering at events as well as mandatory mask-wearing at crowded places. To crush all dissent and protests, Merkel has lowered the criteria from 50 positive tests per 100,00 people to 35 per 100,000 in seven days. This is her new yardstick to be used to crush political freedoms.

The number of people allowed to gather will be limited to 25 in public and 15 in private spaces. “We have decided on this prophylactic number of 35 because we have seen some examples of how fast the increase happens from 35 to 50.” Once a threshold of 50 new infections per 100,000 is exceeded, even tougher restrictions will apply. These include limiting private gatherings to 10 people or two households, and the closure of restaurants after 11:00 pm.

Meanwhile, Trump has approved the withdrawal of troops stationed in Germany. The crazy restrictions in Germany have made the lives of Americans stationed there a living hell.

« They are Banning Halloween, Thanksgiving, & Christmas
A 20 Year-Old Tears Apart the PCR test »