The Egomaniacs & the Thinking Process

QUESTION: You have had billions. Why did that not make you as insane as Gates, Soros, Zuckerberg, and Dorsey?

ANSWER: BigTech sees the power to overthrow the banks. They have promised worldwide that they want everyone in the banking system to end paper money, which is over 1 billion people (just read the IMF). Gates was raised and indoctrinated by his father that the world is doomed unless you somehow create mass genocide legally. Soros likes the control of Communism and thinks he can achieve world peace by creating one government, as was the case behind the Iron Curtain. He even helped round up Jews to be executed and has no problem living with that.

I really do not know the answer. Perhaps it was simply that my objective was to try to figure out how the world functioned rather than to try to reshape it into my personal ideal vision. Other than Soros, all the others made money from equity. They are not traders, so they never were humbled by the market forces. When you are a trader, yes, I was dealing with billions. But you have to separate that from reality. There were plenty of times I would do a few billion in trades that day and then go out to dinner, and the bill would be maybe $200. You separate the trading from the daily expenditure by not looking at it as money. I would just look at it as phone numbers.

I did an interview in Munich, Germany. I was asked how I could advise on trillions of dollars. I explained I never thought about how much I was dealing with. I just looked at what had to be done and did it. She explained I was the largest adviser in the world and that she could not find someone else who could do such a job at that size. They would think about the money and became too afraid to act. She told me she interviewed a top brain surgeon who had to retire. She said she discovered the same attitude. Once he realized that the slightest mistake would cause the patient not to talk or walk again, he could not do the job.

Trying to be objective, I mentally separated myself from the decision. When I look at Soros, I went up against him many times and saw that he was simply on board with everyone else. There was group trading, and they would assume that their size could force a result. I traded against the club all the time. That is why they hated me and accused me of manipulating the world, theorizing that I had greater influence than all their money combined. I understood how markets functioned, whereas they tried to make markets function as they desired. 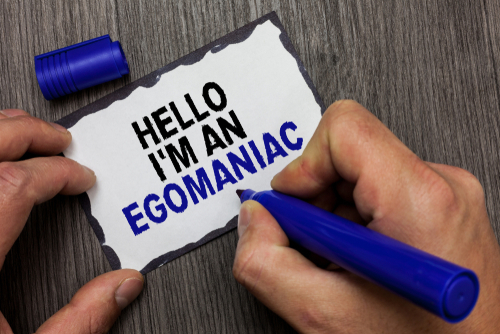 From my perspective, Dorsey, Zuckerberg, and Gates simply made money from an invention. They lack total comprehension of society or the economy. With no connection to the real world, they simply have become egomaniacs whereby they are drunk with what they perceive is unlimited power. This is precisely the actions of Dorsey caught by Project Veritas on video.

Dorsey may be pretending he is trying to stop violence, but he is really doing this to be able to expand into banking. In censoring everyone like Hitler and Stalin, he is encouraging violence because that becomes the ONLY solution when (1) courts refuse to act, and (2) you suppress people controlling the press and even their ability to communicate. This is what I mean that they have ZERO understanding of history or what makes the world really function. They are inviting their own demise; you can bet they will all become targets by people who have lost everything and will lash out, as is always the case. There are over 300 million people out there.

« Left’s Great Stalinist Purge of All Our Freedoms
Vaccines & Corruption »