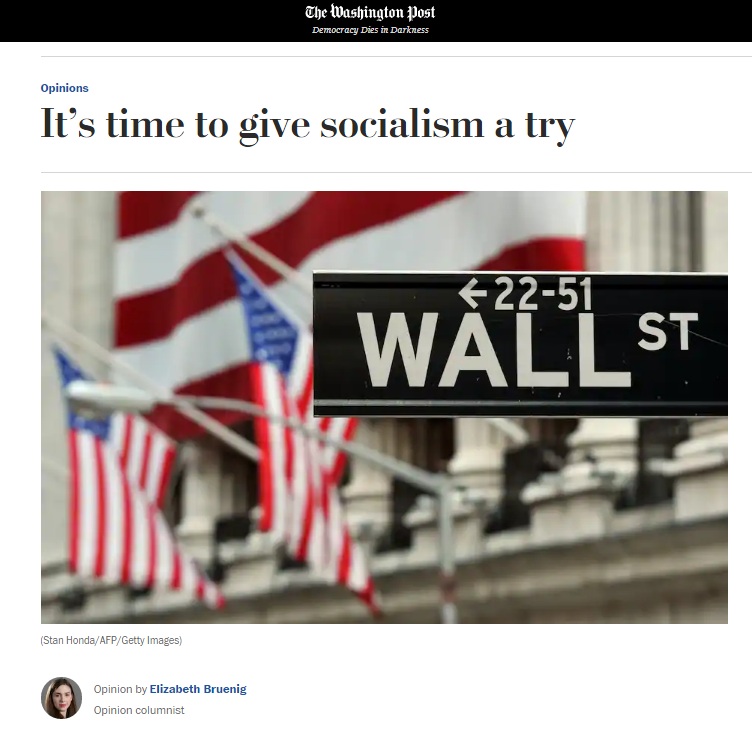 The real problem with socialism/communism is a simple refusal to understand the business cycle. Indeed, communism collapsed for the very same reasons they seem to hate capitalism. The comment published in the Washington Post actually admits that there were busts long before capitalism.

“There were calamities and injustices long before capital, and I’ll venture to say there will be after. But it seems to me that it’s time for those who expected to enjoy the end of history to accept that, though they’re linked in certain respects, capitalism seems to be at odds with the harmonious, peaceful, stable liberalism of midcentury dreams.”

What these people fail to understand is that the business cycle cannot be tempered and controlled. It is not simply the product of human activity. Capitalism began because of the Black Plague which killed 50% of the population on average. That created a shortage of labor and where people were serfs before landowners began to offer wages in addition to their free housing and right to keep part of the crop they grew. That led to the kings suddenly looking at these lower-class people as a new source for taxes. Hence, we begin to see the first rebellions were over taxes by 1381.

So the business cycle is not simply controllable by policy and regulation. Everything is a part of it from weather to disease. It cannot be tempered or controlled to create this perfect world of Utopia. That is the very core flaw to this entire idea of socialism that they entirely ignore.