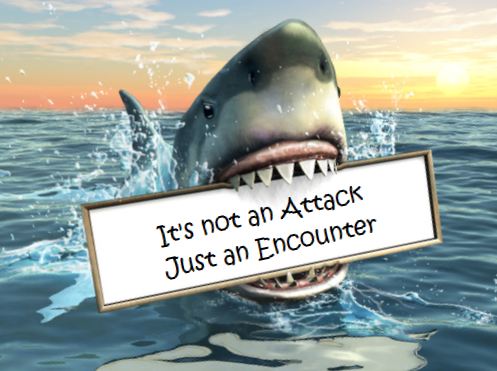 Ok, now they are saying we should no longer refer to incidents with sharks as an “attack.” That unfairly demonizes them as killers. Instead, we should refer to such incidents as an “encounter.” So if someone kills another at gunpoint in a robbery, he is not a killer, it was just an encounter. Interesting logic since a shark is not a ruthless killer; it is just hungry. So a thief is not a robber; he is a materially deprived person entitled to what you have because “equality” makes it just.