Why Europe is Failing: The Difference Between EU & USA 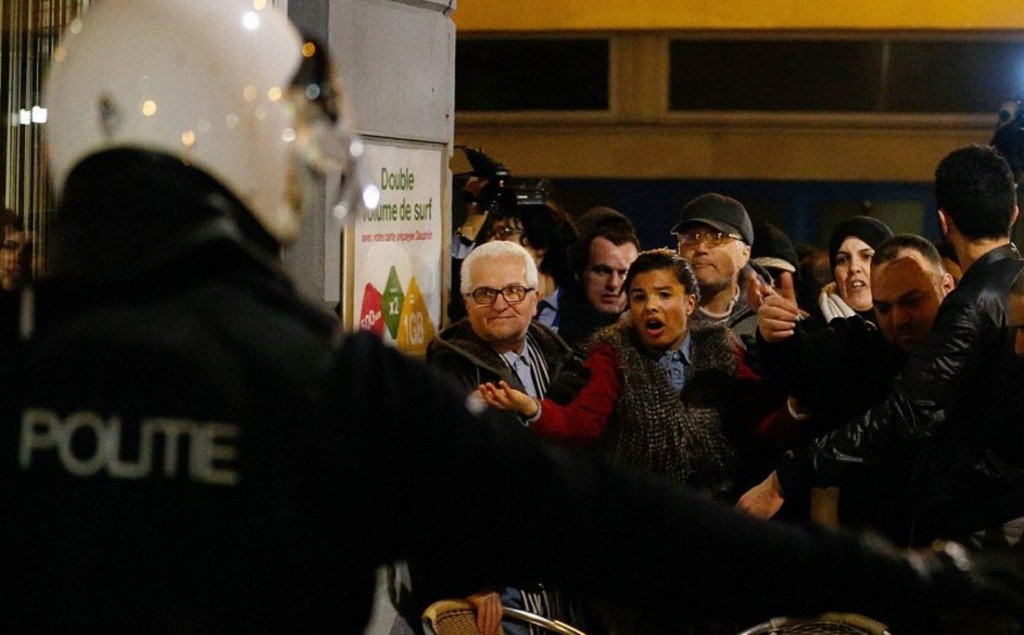 Part of the crisis in the EU is the fact that there is an inherent anti-democratic foundation because Brussels has been attempting to force uniformity upon all of Europe which cannot possibly work. To the shock of some, I have stated many times that what made America function was DISCRIMINATION. Every group coming to America — German, Italian, French, or whatever — were forced to learn to speak English to get a job. This was not a law, but a cultural assimilation. If you ask an American what they are, they will respond with their ethnic background (half Irish and half German or whatever). You do not find such combinations in Europe beyond the rare encounter because language has kept European nations intact.

Consequently, the creation of a unified EU is unrealistic with language differences. From that basic fact emerges everything else. Since we have a single language in the USA, there is a national debate as to national security, etc. In Europe, there is no such debate. In fact, one could be criminally prosecuted for speaking an opinion against any other group. After a terrorist attack, they show people crying and lighting candles. The manhunt that resulted in finding the suspect, Salah Abdeslam, just 450 meters from where he officially lived demonstrates something that they will not express on TV: he cannot hide within the community without support from the community. The above photo showing locals gesturing angrily at the police who sealed off a Molenbeek neighborhood where Abdeslam was arrested is very disturbing for the implications suggest that Abdeslam had community support. Their language and cultural differences prevent many from assimilating within society. Any group that seeks to retain wholly distinct cultural differences cannot become part of a society. This really does not limit itself to Muslims, but any foreign group that resists becoming part of the country to which they moved. That would be as if I went to Rome, demanded everyone speak English, and then complained that they do not because that is where I moved. The old saying that stems from the migration in ancient times: “

Any group that seeks to retain wholly distinct cultural differences cannot become part of a society. This does not limit itself to Muslims, but any foreign group that resists becoming part of the country to which they moved. That would be as if I went to Rome, demanded everyone speak English, and then complained that they do not because that is where I moved. The old saying that stems from the migration in ancient times: “When in Rome, do as the Romans do.”

The fact that the EU member states retained their own cultures and languages simply means the idea of the EU cannot function. It should have remained as an economic union. Hollande explained that the purpose of the EU was to prevent another European war, but he completely misunderstands that an economy unites but a forced assimilation without a common language only highlights the differences. His policy on asylum was very clear on July 10, 2015. Everything the EU was supposed to promote has failed. The idea that a single federal government would provide economic prosperity has proven false, as is the fact that they would provide greater security together.

The Greens’ deputy prime minister, Åsa Romson, broke down in tears when she announced measures to deter asylum seekers in a reversal of Sweden’s open-door policy towards people fleeing war and persecution. “This is a terrible decision,” she later said.

Europe could not become a United States with different languages and cultures. Why attempt to federalize Europe in such a manner under the theory that it will prevent Germany and France from going to war with each other? It ignores the fact that there are external enemies as well. Forcing a one-size-fits-all policy is anti-democratic and anti-cultural. The strength of Europe cannot be boosted with federalization, but only with an economic union. Crossing over and demanding other countries accept refugees against their own cultural policies will break the very union the EU sought to create.

Each member state has cultural differences that extend beyond language. The cultural ideas of Eastern Europeans are not even understood by Western Europeans. I have personal friends from Eastern Europe and the foundation of their belief system after growing up under communism is to distrust government. Western Europeans embrace government and see it as a parent who is there to protect and provide for them. An economic union works, a forced assimilation does not.