Konstantin Kosachev, the head of International Affairs for Russia’s Federal Assembly, publicly stated: “There can be only one political assessment: It is a blatant violation of international law and it is an attack on a sovereign state without proper grounds.” Strangely, he is correct. International Law under agreements in the United Nations does not justify an attack upon any nation for its actions domestically. Can Russia or China justify invading the United States because of the use of military weapons on unarmed citizens as in Ferguson? It certainly did not appear like a police action dealing with a riot but more like a military assault and a war zone back in Ferguson. No nation has any legal standing to invade another because of an internal conflict. 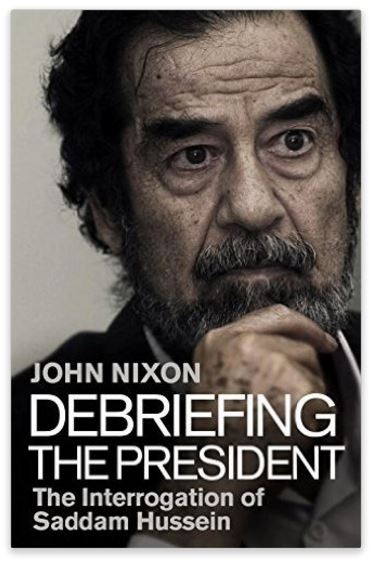 We must also realize that there would be no Syrian “Civil” War if there had not been an attack upon Iraq with the removal of Saddam Hussein. Indeed, Saddam thought America would support him because he kept the Islamic terrorists in check. But Dick Chaney saw dollars and handed the Iraq invasion to his former company Halliburton. Trump said now he relied upon the media reports, which he has consistently called fake news.

The Spanish American war was instigated by fake news of Pulitzer v Hearst. There is something more at stake than just a pipeline. There is a new oil deposit which is in the Israeli occupied part of Syria. The overthrow of Syria would legally justify this investment scheme. Cheney’s company, Halliburton, even pleaded guilty to covering up evidence of their involvement in the BP oil spill in the Gulf of Mexico.

Trump has done the typical military excuse and portrayed Assad as a “monster” and only mentions a chemical attack upon women and children who are “innocent” rather than invading Islamic Terrorists from other states. The agreement to not use chemical weapons after World War I had to do with international wars. It does not govern domestic actions. This is a sad piece of political jockeying to cover up a deliberate and intensifying war that is building in the Middle East. Trump has said he has rekindled relations with nations in the Middle East and they should support their own goals. That refers to Saudi Arabia for this is building into a war between Saudi Arabia v Iran that is drawing in the USA and Russia and will bring in China as well. Yes, they will be sending in their own troops eventually. Trump’s misguided trade war will ensure that awakening of China, which has never previously sent its army into foreign lands. At the core of this mess, is a religious war in Islam that benefits economically the Western powers against Russia. If there was no pipeline or dollars to be had, the West would not care what Assad does.

The West always turns a blind eye to North Korea as well as most African dictators. If there is no profit, they could care less what they do to their own people. Why has Trump not sent a missile attack on North Korea to wipe out its nuclear capability and research before he could ever act? The called it a preventative action to invade Iraq for weapons of mass destruction he never had. If there are no resources to make it profitable like Syria or Iraq, there is no military action.

It is a shame that Trump does not stand for a new way of dealing with this same old agenda that even Obama tried to send in troops over Syria but was rejected by the people of the United States. Nobody asks the people about any war. Politicians take it upon themselves to follow the script of centuries when money is at stake. This action will escalate in the months ahead going into November 2018.

Hansel and Gretel left a trail of breadcrumbs to follow to get home. In politics, just follow the money to find the truth.