Dick Cheney is best known for being the head of Halliburton who then became Vice President. Cheney moved his office directly in the White House and ran the government as the former “shadow president” because Bush, Jr. couldn’t even figure out he was holding a book upside down. Cheney started the Iraq War and made sure Halliburton ran the show. When Congress was going to investigate the conflict of interest, Halliburton resigned its American citizenship and moved to Dubai to end any investigation.

Howard S. Jonas (b. 1956) graduated from Harvard in 1978. He understands the game and is founder of the oil and gas group Genie Oil & Gas located in Newark, New Jersey. Genie Oil & Gas owns leaseholds in the USA and Israel for shale oil deposits. It is estimated that Jonas sits atop 10 billion barrels of oil in the U.S. and 40 billion barrels in Israel. Added together, these oil reserves actually make Saudi Arabia’s proven reserves look minuscule.

To secure influence, Jonas’ Strategic Advisory Board includes former “shadow president” Dick Cheney; James Woolsey, a neo-con former CIA Director under Bill Clinton; Bill Richardson, former US Secretary of Energy; Jacob Lord Rothschild, a major investor in energy; Rupert Murdock, a major financier of the neo-conservative Weekly Standard of Bill Kristol; Larry Summers, former US Treasury Secretary who helped Rubin draft the laws that deregulated U.S. banks and overturned Glass-Steagall, and Michael Steinhardt, a major hedge fund manager and a serious philanthropic friend of Israel. In 2013, Genie Energy was granted exclusive oil and gas exploration rights to a 153-square mile radius in the southern part of the Golan Heights by the Netanyahu government. The players are all in the game of a company most people have never heard of, no less from Newark, New Jersey. 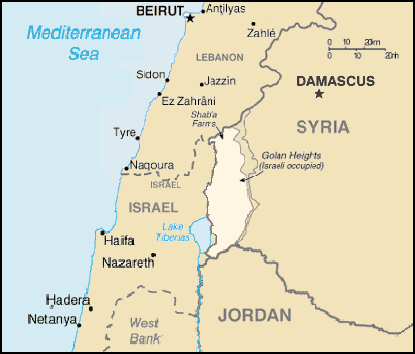 Genie Energy confirmed that it has discovered oil and gas in this occupied territory held by Israel on the Golan Heights, which is formally the territory of, guess who — Syria. So while the pipeline issue was the real reason behind Obama wanting to invade Syria, we now have to add Israel to this mix. Genie Energy needed a very influential Strategic Advisory Board because this is occupied territory belonging to Syria. The announcement of the discovery took place October 11, 2015. We also have Russia starting to bomb U.S. trained forces intended to overthrow Syria. This was the announcement of Genie:

“Preliminary evidence from the exploratory wells drilled by its Afek subsidiary in Northern Israel confirms the existence of significant quantities of oil and gas within its exploratory license area,” Genie said in a statement, but added that it does not yet have sufficient evidence to determine whether this or any part of the resource can be “technically or economically produced.” 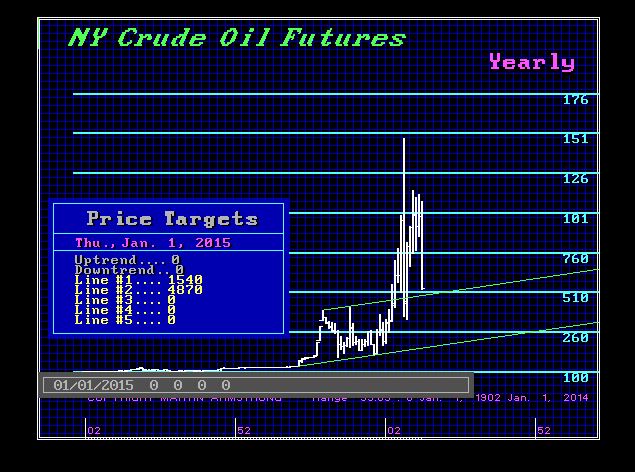 This entire cauldron in the Middle East is shaping up to be World War III, and it is all over energy. It all began right on the day of the Economic Confidence Model on September 30, 2015. The public announcement of Genie was October 11. That means that the results were already known behind the curtain going into September 30. These people need a war, in their minds, to get oil prices back up.

If oil closes in the States above $35, then we are NOT getting that long-term bear market signal. We need a closing BELOW $32.20 to negate a bull market. A closing for 2015 ABOVE $35 will warn something is afoot.

This is not a Christmas message I cared to write. Oil will be VERY CRITICAL as a signal for 2016 because we also have the War Cycle that turned up in 2014 and is now moving sharply higher into 2017.