Today’s Turning Point on the ECM

I have warned that this turning point is centered in government; not in the markets. The number of issues coming to a head is just mind-blowing: from the Catalonia vote to separate from Spain, to the resignation of Boehner, to non-politicians leading across the globe. The election in Greece was most likely the last vote for any political establishment since the Greeks do not expect their politicians to keep their promises.

Today marks a very strange event that may be extremely important. Today, Russia gave the U.S. one hour notice before they began bombing both ISIS and rebels who were seeking to overthrow the Syrian government. It is extremely curious that this is beginning precisely on the day of the ECM. Will this prove to be the start of an international war? 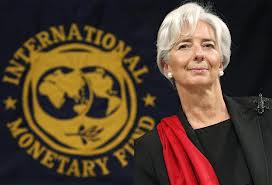 Meanwhile, Christine Lagarde of the IMF came out today to state that the rate of economic growth this year will probably be weaker than in 2014. I had a meeting in Europe with a former board member of the IMF and we had some very frank discussions. To put it mildly, they are indeed worried. The inflation rate for Euroland just turned NEGATIVE again.

So while cash is now king, stocks remain vulnerable and commodities have no bid to sufficiently change the trend. It appears we are heading into the wonderland of our political economy.