World Bank Warns Against Hoarding and Russia Turns to the Yuan 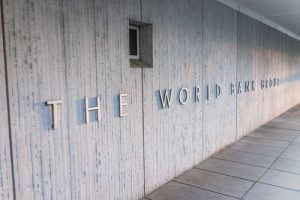 There will be a run on gas and food, the World Bank inadvertently reported. World Bank President David Malpass is warning people not to hoard essentials amid runaway inflation and monetary policies that continue to worsen every variable of the situation. Malpass simply said he expects nations to begin or continue resourcing energy and food/food supplies outside of Russia. “The right thing to do in these current circumstances is not to go out and buy extra flour or extra gasoline, it’s to recognize that the world is a dynamic global economy and will respond. There’ll be enough to go around,” he warned.

As our models predicted, China will soon become the financial capital of the world. The yuan accounted for 13.1% of Russia’s central bank’s foreign currency as of June 2021, compared to only 0.1% during the same month of 2017. China remains Russia’s top gas export, ahead of even the EU, with China purchasing $79.3 billion in 2021 (56% solely from energy exports). Russia is now using the yuan as its foreign reserve currency. China is not confiscating assets from Russian civilians under the infuriating theory of conspiracy.

The situation for many will only deteriorate from here. I wish I could provide a more optimistic forecast, but I must go off what the models state rather than my own hopes or opinions. Again, the World Bank is now acknowledging that food and energy will become scarce.