Having Children is the Most Destructive Thing to the Planet? 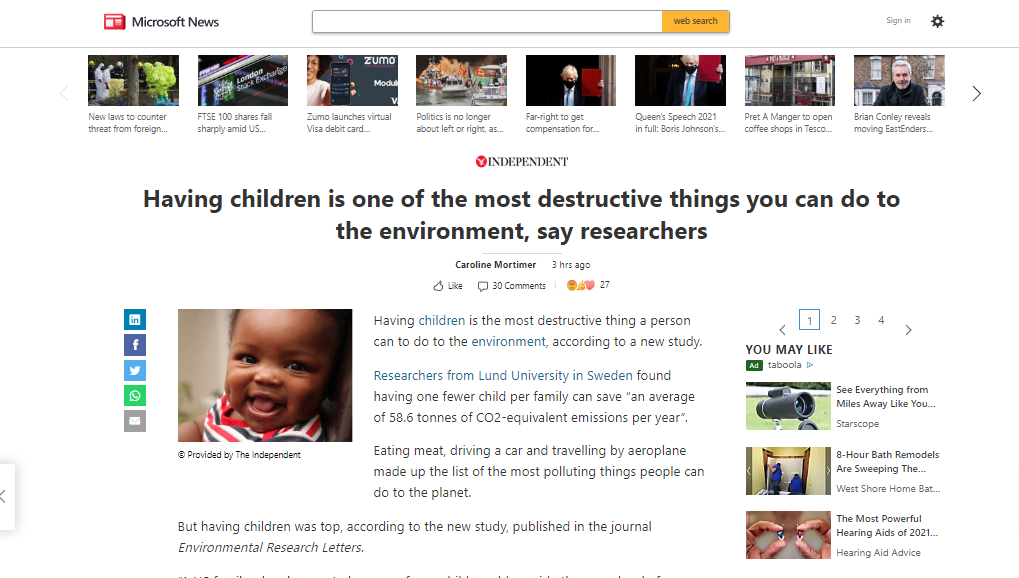 These people are truly insane. If they believe that humans are the most destructive thing on this planet, then they should lead the way to mass suicide. It makes one think that perhaps in protest, we need to go have as many children as possible, for the birth rates have been declining. I have been in discussions in Europe, and the main reason they have welcomed the immigrants is that their birth rate has declined, and their social programs are collapsing. By allowing the immigrants into Europe, the true objective was to increase the workforce in hopes of sustaining the Socialist system and retirement plans that are crumbling.

Gates has won the day. He is having all of these environmentalists taking grants from his foundation to put out studies to support his position of reducing the population.