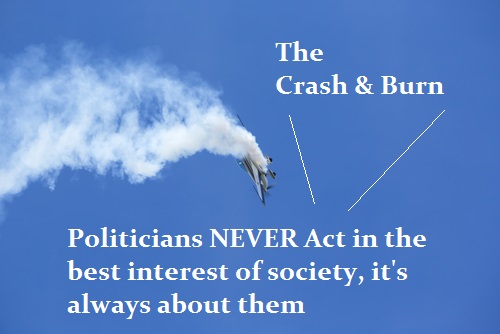 You have blogged about the pension crisis

and how Illinois and California on the brink of bankruptcy.

Does this mean that other states which you don’t
mention, like Florida, Texas, and New York, are financially
sound and are going to be able to pay out pensions to their
retirees for the next 20 -30 years?

Thanks for being the main source of “real” information.

ANSWER: By no means are other states safe. The problem has been that government pretends that socialism is to take care of the poor when in fact they have their hand in the cookie jar before anyone else. The crisis stems from the fact that they have been giving themselves pensions with outrageous benefits like healthcare for life in many states which often includes their family.

The way states have operated (internationally) is that they simply assumed that there was a never-ending bucket of taxpayers to squeeze for money. The problem is that the population growth has declined, the pensions systems have been a Ponzi schemes from day-one, and they are running out of other people’s money.

All the studies show that the Baby Boomers counted upon government and do not have enough saved for retirement. The average person has just $300,000 tucked away. The low interest rates have killed their profits and most have not yet returned to the stock market after losses from 2007-2009. Everything has been destroyed by low interest rates to save banks at the expense of pension funds and private investment. The public has been brainwashed to think that government debt is “safe” when it is the most risky in the field. They have not invested wisely because most remain ignorant of how markets even function. Nothing can be sustained going forward under this model. Even Draghi in Europe now realizes that there is a pension crisis and he is really to blame for 10 years of low to zero interest rates that have utterly failed to save the economy.

This is the Sovereign Debt Crisis. It is inevitable and irreversible. The Solution I have put forth is really the only way out to prevent complete civil meltdown.  But it is unlikely that any such Solution will be adopted until we actually experience the Crash and Burn. That seems to be starting in 2018.

The best advice is to prepare for the worst and hope for the best. Under no circumstances ASSUME that any government pension will actually be paid.