Swiss Man Identifies as a Woman to Retire Early 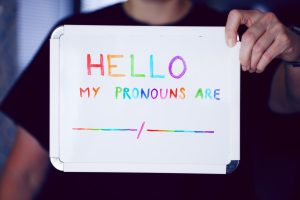 As of January 1, Swiss citizens may change their gender on paper for the price of 75 Swiss francs. Four days after the law was implemented, a man (born XY) by the name of Luzerner Zeitung found a way to benefit from this ruling. Zeitung completed a 10-minute interview and paid the fine to become a woman. Now, she may receive early retirement benefits as women in Switzerland can retire one year earlier than men. Under Swiss law, her actions are legal. This is an unexpected variable for the ongoing pension crisis. Will more men opt to become women on paper to receive early pension benefits? Will people change their gender to avoid serving in the military? Probably.