Getting Old & Risking Unemployment Thanks to Socialism 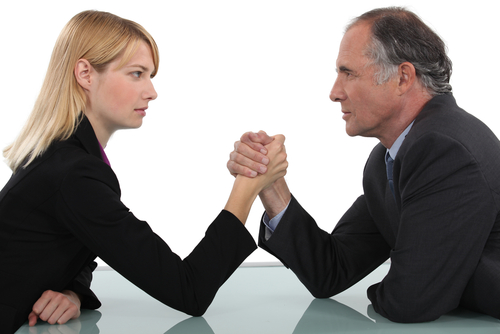 The reality these days is that more than 50% of older workers are pushed out of their longtime jobs before they choose to retire. The major factor in this trend is their pension. Pensions are bankrupting both private and public sectors for the entire idea is showing impractical economic stress. Before FDR and the great New Deal, people would marry and have 4 or 5 kids and the wife stayed home and took care of the family. Back then, those who had no family did not fare very well. The family was your retirement. The husband was usually at least 10 years older as the early 20th century began where it was usually up to 2x the age prior to the Industrial Revolution. This was simply because the man had to first prove he could afford a family. He had to get the house, farm, and the chickens then go to a girl’s father and prove he could take care of her. Today, they have welfare and just assume they will have a future. 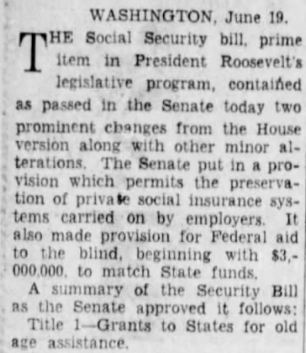 Hence, the Social Security Act was passed in 1935. Taxes were collected for the first time in January 1937 and the first one-time, lump-sum payments were made that same month. Regular ongoing monthly benefits started in January 1940. The tax was to be collected by the employer and deducted from the employee’s paycheck beginning in 1937. The Payroll Tax came into play in the Current Tax Payment Act of 1943 which then revolutionized the income tax by making withholding taxes universal.

Here is a clip from the Philadelphia Inquirer dated June 19, 1935. It was supposed to be assistance for old age, not the beginning and end to all. It also was amended to allow private pensions, which under the first draft could have been interpreted to prevent companies from offering pension plans. But the idea of pensions was inspired by the Great Depression and then personal income tax entered with the payroll tax. Today, most families cannot afford to allow the wife to stay home and raise the children and they often have only two children or less due to the expense. The women’s liberation won the right to work, but they lost the right to raise their family staying at home. It now requires two salaries to pay for all the taxes where it once was sufficient for one salary to support a family. Of course, economically, with women entering the workforce, the economy has grown to accommodate them. Many younger girls in their 20s comment that they are not interested in having children anymore.

So while the profile of the workforce has changed, many workers over 50 are also experiencing multiple job losses because they are not familiar with the new technologies. Now people in their 30s are already falling behind the technology curve as teens tend to run circles around them. The trend is becoming anti-college. It is increasingly obvious that higher education itself is way behind the technology curve. The old saying, “Those who can’t do teach,” is the same in other fields as those who can’t play sports professionally just teach gym. Google, Apple, and 12 other companies no longer require employees to have a college degree in the United States.

The movie “Vice” showed the rise of Dick Cheney to the effective VP of the United States had no such degree. You can be president or vice president with no degree in anything. The examples are endless. They cannot teach entrepreneurship in college. Even being an investor or trader is not something one can learn in college. There are no degrees in Hedge Fund Management. Ernst & Young stopped requiring degrees to be an accountant.

Younger Americans became deeply indebted for a degree, especially after the Clinton’s made student loans non-dischargeable in bankruptcy, and it has profoundly harmed the economy. Many kids are living at home with their parents into their 30s because they cannot buy a house due to their indebtedness for degrees that are becoming hopelessly worthless in many fields. The older workers into their late 40s to 50s are facing an increasingly difficult working life in their later years. Workers are being asked to finance their own retirements, age discrimination laws are blunted by U.S. courts in favor of employers, and the dreams of retirement are evaporating rapidly. 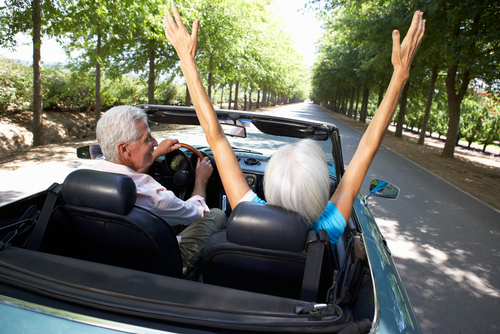 Now 56% of Americans in their 50s working full-time in long-held jobs are getting laid off or pushed out on their way to retirement. Some companies are at least offering a buy out for early retirement to cut costs. Many just find an excuse to lay them off to escape pensions. Only a smaller portion is able to find similar work, but only one in 10 ever make what they did before their employment career. This is where their household incomes show signs of the profound damage even years after the fact. Then we have those who leave due to health or having to take care of a family member. Add all these groups together and we arrive at a frightening number —  almost two-thirds of Americans retire involuntarily.

The reality of the worker today is by no means sailing on a yacht and traveling the world. Most people face nothing of the sort, glued to a TV in their home frustrated by all the commercials and fake news. Then every government, desperate for money, demands taxes from their retirement. California was even going after people who earned a pension in California but moved to Florida where their pension is not taxed.

Socialism has merely converted the government into one giant sucking machine. They pretend to care for the people, but they come first. Their own pensions are destroying the pensions of everyone else. The technology curve is far too great for even universities. Their teachers are also behind the times and incapable of teaching cutting-edge developments. This is why Google & Apple no longer require college degrees.