The IRS and Another Multi-Billion-Dollar Mistake 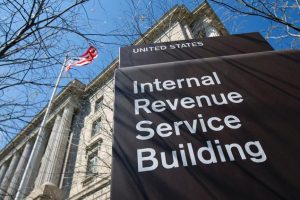 The Internal Revenue Service (IRS) continually makes multi-billion-dollar mistakes. The agency “accidentally” sent $1.1 billion in advanced child tax credits to the wrong families. If a private citizen were to make a mistake on their personal taxes, they’d feel the repercussions – especially with Biden’s 87,000 newly appointed and armed agents.

Now 1.5 million families who received the money “accidentally” will be on the hook to pay it back. As if that were not bad enough, the IRS failed to deliver $3.7 billion in tax credits to 4.1 million households! The tax credit was intended as part of the reckless American Rescue Plan to pay families earning under $150,000 annually and single parents earning under $112,500. This was the largest child tax credit in America’s history – basically, people received “free” money at the expense of the taxpayers simply for having children.

This is the same agency that sent countless stimulus checks to people who did not qualify. Even multi-billionaire George Soros received a stimulus check. They even sent out checks totaling over $267 billion to deceased individuals. The IRS also “accidentally” leaked 120,000 personal online files earlier in the month. The agency continually makes major mistakes. Knowing that there will be 87,000 additional agents, armed, working for this failed agency does not put one at ease.