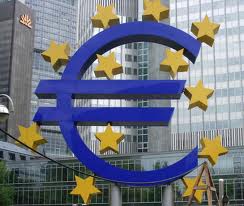 The Schengen Agreement was to be the cornerstone of the entire euro proposition. We just warned that this freedom of movement would begin to come under pressure with this turning point:“As the economy turns down very hard after 2015.75, we are more likely than not going to see the freedom of movement in Europe fragment and that will be the crack that signals the eventual risk of breaking up the EU idea of empire-building.”

Germany has closed its borders with Austria and in turn Austria has now closed its border with Hungary. We are starting to witness the turn. Obama praised Merkel for accepting so many refugees, but after Merkel boasted that there was no limit to the number of refugees Germany would accept, it set in motion a huge migrant crisis. All public buildings and stadiums are full. Germany cannot handle any more refugees and these people have to be fed. Besides that, the winter will be harsh and many could die from exposure. This is going to be a real crisis.

Then, the headlines in France yesterday declared in the latest polls that 56% of the French people are now in favor of war. We are looking at the economy turning down very hard and the blame will be directed at the immigrants fleeing because of ISIS. We will see war rise because of this issue, as they are blamed for the economic decline in Europe. With unemployment among the youth already at 50% on average in many areas, accepting this many migrants who will also be unemployed will topple the economic system in Europe. We are seeing the seeing for this turning point of 2015.75 unfold before our eyes. As always, domestic populations will blame the migrants for the economic decline.