Trump Should Launch a Criminal Investigation of the NOAA – NOW! 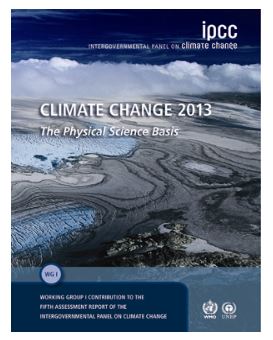 The NOAA has been putting out bogus studies that contradict by scientists at the United Nation who said there was a “pause” in global warming. The U.N. Intergovernmental Panel on Climate Change (IPCC) said there was no discernible warming since 2000 in its 2013 report. They wrote that global temperatures showed a “much smaller increasing linear trend over the past 15 years than over the past 30 to 60 years.” The IPCC picked up on the start of the move toward global cooling. It has been the NOAA that is claiming they are wrong but faked the data.

Then NASA reported that there has been a massive increase in the ice at Antarctica. Every other group has disagreed with the NOAA. Trump should launch a criminal investigation for those behind these bogus reports may be taking bribes to put out this research to generate money for companies benefiting from the Global Warming conspiracy.

Something is seriously wrong. NASA has actually admitted that there may be a link between the solar climate and the earth climate. “[In] recent years, researchers have considered the possibility that the sun plays a role in global warming. After all, the sun is the main source of heat for our planet,” NASA confirmed.

A criminal investigation is now required because the NOAA has spun global warming into a religion that is simply based upon belief rather than hard evidence. With the whistle-blower, Dr John Bates, who was a top NOAA scientist, he has come forward with hard evidence that the paper rushed out by the NOAA to influence the Paris Global Warming Conference was intended to be misleading using faked evidence. Bates is the Snowden of Global Warming. Trump should launch a criminal investigation NOW. The climate is turning toward a ice age and let us pray it is just a mini version, although historical date we ran in our computer tends to say this may be extreme. There is even a sharp rise now in the extinction cycle as wholesale life in the Pacific Ocean have been found dead. Not a good sign for the future either.

The two satellites the NOAA said collected the data have been mysteriously destroyed. Very convenient since they would have proven that the NOAA made all this stuff up. Where there is money at stake in the billions for research all based upon bogus data, this may be the greatest fraud in human history.