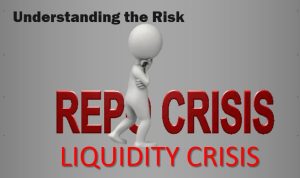 COMMENT: Marty, thank you for a great conference. The comments out there on the liquidity crisis have been just domestically focused. Thank you for keeping my eyes focused on international events and your analysis about the crisis at Deutsche Bank

REPLY: The raid on Deutsche Bank in Germany back in September over the money laundering probe of Danske Bank, which is the biggest lender in Denmark, contributed to the sudden collapse in confidence. The governments are desperate for money and they are hunting it on a global scale. Deutsche Bank served as a correspondent bank to Danske’s Estonia branch. That is where the latest money laundering is alleged to have occurred. The banker there in the Estonia branch of Danske, Aivar Rehe, was found dead by police there in Estonia. He had been previously questioned by prosecutors and was considered to be THE key witness in the money laundering probe. As always, just like Jeffrey Epstein, his death was declared to be a suicide. This is standard whenever they need to cover something up. Boris Berezovsky suddenly commits suicide being very remorseful for making billions I suppose. Anyone who could expose things others do not want always seems to commit suicide.

The crisis in liquidity is that American bankers will NOT lend to Europe. Because of the European Banking Crisis, banks just do not trust banks. Nobody knows who will be standing after a failure at Deutsche Bank. The Fed has had to step in to be the neutral lender NOT because of a crisis in the USA, but because of the collapse in confidence in Europe’s banking system as a whole. Stay alert – this is just getting started.

« Repo Crisis
Is the Fed Monetizing Debt with the Repo Market? Or is this the Mother of All Financial Crises? »