European Tour – The Calm Before the Chaos?

I am writing from Frankfurt here for meetings ahead of the chaos awaiting the May elections. In Frankfurt, while the economy is clearly slowing, the financial capital is booming. New skyscrapers are rising to join those of Commerzbank, Deutsche Bank, DZ Bank, Helaba and others on Frankfurt’s skyline. This is another sign that there is a disparity between the financial world and the main street.

Nevertheless, behind the facade is a weakening banking sector that the ECB seems to be inspiring. Forcing negative interest rates where the banks must pay the ECB 0.4%, their rate of return on equity has fallen into a crash mode. The German banks’ average earnings have dwindled from once 4% back in 2010 to barely 1% into last year. Deutsche Bank, the biggest, tried to compete with Wall Street and paid the price. After four years of losses, finally, in 2018, Deutsche Bank made its first annual profit which was just a 0.4% return on equity.

As always, politics enters the game rather than logic. The German government wanted to see a Commerzbank and Deutsche Bank merge and offered some undisclosed assistance.  That assistance would most likely be writing off a portion of the 15% the German government still owns of Commerzbank, which is the legacy of a bail-out and a merger with the stricken Dresdner Bank back in 2008-2009. The government does not own shares in  Deutsche Bank.

The books of Commerzbank show the same problems as in Deutsche Bank so a merger between the two does not appear to solve any crisis. There are in addition rumors that Commerzbank is being considered by both French and Italian banks for a takeover. The prospects of a merger with Deutsche Bank from a non-German bank may be too ambitious politically speaking.

The German government is coming under great stress for the two biggest banks are not really very healthy at this moment and suitors are foreign – not German. Deutsche Bank could be merged with the French BNP, but that would be a loss of pride. Meanwhile,  the management at Deutsche Bank would prefer a deal with Switzerland’s UBS. A previous German bank, HVB of Munich, was taken over by Italy’s UniCredit. That was one embarrassment politicians seem reluctant to repeat. The bail-in policy was devised because politicians did not want to have to contribute to bank failures they saw as inevitable in Southern Europe. To have foreign banks eying up German banks, the pillar of the EU, somehow strike a deep blow into the political heart of the EU.

The ECB’s negative interest rate policy is seriously harming European banks yet they cannot figure out an alternative without having to admit there is a major flaw in the entire structural system in Europe. Forcing banks to pay the ECB to deposit reserves is really absurd.

What is most interesting is that the emotions are running high over issues such as BREXIT and the Euro Crisis. It appears that analysts from major institutions are not allowed to discuss anything to do with debt consolidation. This appears to be off the table for discussion. The proposals to create a Euro Bond are separate and distinct leaving the current national debts to be held by each member state. That hardly removes the threat of one member failure impacting the whole of the EU.

Meanwhile, there is a silent move to reduce exposure to Italian debt held by non-Italian institutions. There remains a concern that Italy could possibly follow Britain. There is growing respect that even the hint of such a possibility that Italy would withdraw from the Eurozone can result in a sharp decline in the value of Italian debt even if they never move to actually exit the Eurozone. Italy was one of the original founders of the Euro.

Overall, there appears to be a general consensus that everyone should just keep the Euro at all costs. However, without major structural reforms, it is hard to see how the problems will not take on a life of itself. The refusal to consider a debt consolidation leaves the Euro vulnerable to the politics of each member with rising popular trends in politics.

The Eurozone’s third-largest economy, Italy, already has debts of about €2.3 trillion euros, which is the equivalent to 132% of its GDP. However, it takes more than 4% of Italy’s GDP is now being used to service its debt load and this is with historically low interest rates. There are concerns behind the curtain that Italy can play a game of chicken. If they decide to leave the Eurozone, what about all the Italian debt held by the ECB? Who will lose? The Italians, Brussels or the financial markets as a whole? 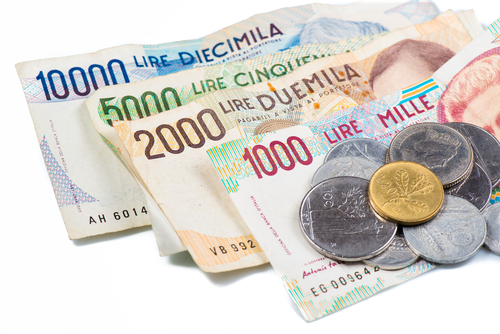 The lira was the official unit of currency in Italy until January 1, 1999, when it was replaced by the euro (euro coins and notes were not introduced until 2002). Old lira-denominated currency ceased to be legal tender on February 28, 2002. Beginning on January 1, 1999, all bonds and other forms of government debt by Eurozone nations were denominated in Euros. The value of the Euro, which started at USD 1.1686 on December 31st, 1998, rose during its first day of trading, Monday, January 4th, 1999, closing at approximately US$1.18. The Euro replaced the former European Currency Unit (ECU) at a ratio of 1:1 (US$1.1743). 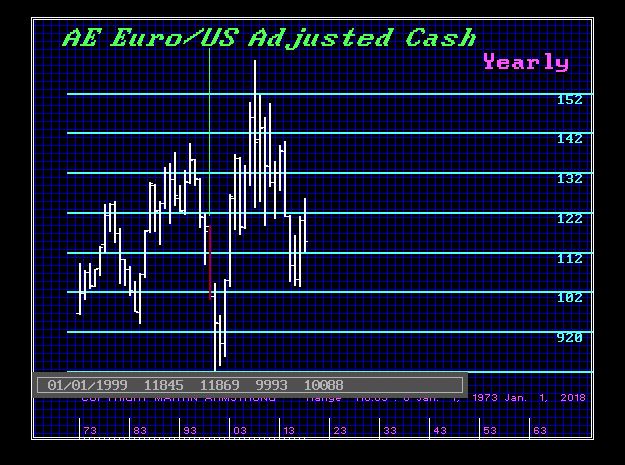 Converting its national debt at 1.18, only resulted in economic chaos that devastated Italy. Whatever it owed previously in lira was suddenly now Euro. They experience their national debt doubling in real value the same as if you borrowed in Swiss franc for a mortgage that saw the Swiss franc double in value. With the Euro trading in the 1.13 level, it is finally below the original conversion rate but even that ignores all the costs of services at high price levels. 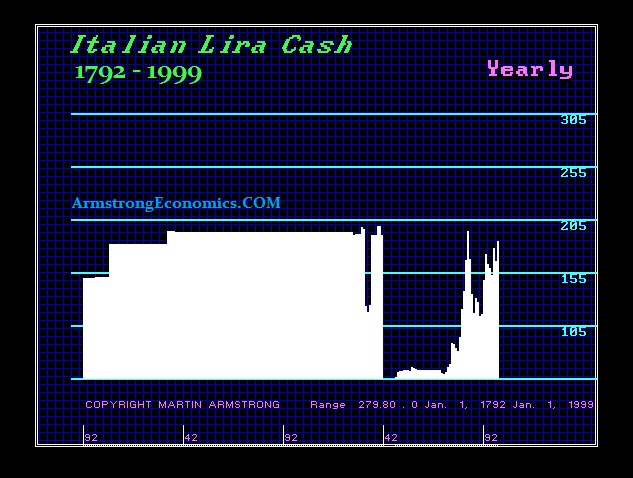 By no means did Italy benefit from joining the Eurozone. To participate in the new currency, member states had to meet strict criteria such as a budget deficit of less than 3% of their GDP, a debt ratio of less than 60% of GDP, low inflation, and interest rates close to the EU average. Both France and Germany have been over that 60% level. France’s debt is currently at 97% of GDP while Germany is at 64% of GDP. Italy is 138% of GDP and Greece is at 178%. The Netherlands is at 56.7% of GDP, Austria is at 78.4%, Belgium is at 103% while Spain is at 98%. For comparison, the USA stands at 78%. This strict criterion has really failed to work and it was all mandatory simply because they refused to consolidate the national debts from the outset.

Greece failed to meet the criteria and was excluded from participating on January 1st, 1999. Eventually, Greece joined the Euro with the help of manipulations by Goldman Sachs on June 19th, 2000 when the drachma was fixed at 340.75.

This tour here in Europe is most interesting for the concerns are rising and there is a clear flight from Italian debt. Some of the most conservative portfolios in Europe have raised their exposure to the dollar from 5% to 30%, which was attributed to the significant rally in the Dow since December. We even have central banks buying gold in search of diversification and a hedge against the uncertainty on the horizon come May. Needless to say, we have selected Rome for this year’s midterm WEC for this is the center of political attention behind the curtain.