Questions from Around the World 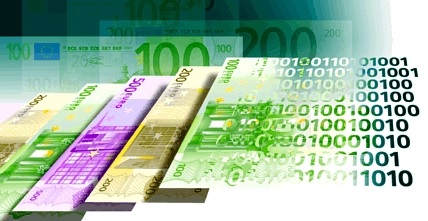 QUESTION #1: Hello Mr Armstrong,
Thank you so much for the heads up regarding the elimination of paper cash. Regarding the US things are clear and so we’ll have to wait and will soon see what happens.
Could you elaborate on the elimination of paper regarding the EU and UK? What is the timeframe? What is the alternative going to be? Is it a good idea and is there any possibility to short the euro to compensate for the losses?
Officially there has been no mention of this elimination at all here in the EU (Netherlands), nor what the alternative might be. I’m sure that initially, the general public will be very surprised to say the least.
Thank you for your endless efforts and helping hand.
SR

ANSWER #1: Biden is moving at light-speed with regard to climate. He is fully implementing everything that Gates & Schwab have been directing. He has been doing so all by executive decrees which I have been against constitutionally because this circumvents everything that Congress is supposed to be there to do. Nothing is ever allowed to be voted on.

That said, Biden will have difficulting when it comes to canceling the dollar. Trudeau in Canada has done so as of January 1st, 2021 but nobody knows that yet. He did that is secret. The problem in Europe is that the ECB moved to negative rates in 2014. They cannot raise rates without blowing up their own balance sheet for they not only have to continue buying member debt, but they also have to keep what they already bought and roll it when it expires. So that is a real problem.

Europe will most likely push ahead with canceling its currency in 2021 because they are desperately trying to force people to end hoarding of cash, but our models are now tracking a serious capital flight from Europe seeking yield and much of that is headed to China to collect 3% on their bonds.

In the UK, Johnson is acting like a dictator. He will most likely follow Europe but perhaps not instantly. But the move toward digital will most likely come there in 2021. Looking at our timing models for volatility, that may be May or July/August. Biden will have a much harder time canceling cash because 70% is outside the USA and Americans have never had their currency canceled.

COMMENT #1: Whatever you write they do. You are just part of their game. Someone needs to shut you up.

REPLY #1: No worries. I’m sure those in power will listen to you.

QUESTION #2: Hey everybody, [JB] here.
I always think I’m writing to Marty personally, but I expect maybe a staff member screens this stuff.
Nonetheless, Marty, as always I love you Brother!!! I love your staff as well.
Hey, I’ve been reading the private blog about food shortages and inflation.
You all know me, I was the kid, in the late 1970s, whose father made him go wait in the gasoline lines (anybody remember gasoline rationing?).
Just in a few days since Ol’ Joe started his dictating, gas has jumped up over 20 cents per gallon.
Will we see gasoline shortages/gas rationing/long lines to get gas?
I’m buying an electric scooter this weekend just in case (ha ha).
God Bless everybody.

ANSWER #2: Yes I find it interesting how the fundamentals unfold to fulfill the model. This is supposed to be a wave into 2024 with inflation based upon shortages. The main goal of these crazy Climate Change people is to drive the price of energy so high people will not be able to afford it.

COMMENT #2: Thank you for responding to my question in Dutch. Everything has been so corrupt with the government trying to find anyone willing to publish is getting very hard.

REPLY #2: I know. I try to translate messages coming in from many different languages. But I am only one person. Perhaps it is time to let others start to write as well. I cannot cover it all.

COMMENT #3 A tourist got 6 months in JAIL for disobeying “covid” rules!! And others are facing up to a year in jail now.

One would have to be insane to travel/fly anywhere in this new global tyranny!

“A tourist was jailed for six months earlier this week for breaching Barbados’ strict Covid-19 protocols, even though he’d only popped out for a drink. Dean George Scott, 49, from Jamaica admitted leaving quarantine to ‘buy Fanta’ and other snacks after arriving on the holiday island at the beginning of December, when he appeared in court. Chief Magistrate Ian Weekes said the sentence served as a was a ‘clear warning’ to others.”

REPLY #3: I know. My staff is stranded around the world and I cannot even get them in for our Conference in December. I am not sure we will be able to have conferences in the future. They might have to be all virtual. Let’s see.