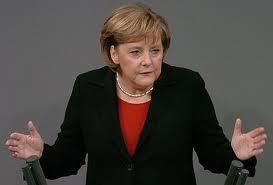 QUESTION: What is going through Merkel’s mind with this immigration? Is she just insane? What is happening here in Germany is unbelievable.

ANSWER:  Angela Merkel is pursuing a policy of open borders. She assumes she will revitalize the German economy to shift from export-dominated to domestic consumption. This is clearly a major radical change in political-economic policy that is purely another fictional fantasy like the EU ending wars by creating one unified government. The immigrants, whom she thinks will boost the German economy, will cause it to implode. Consequently, Merkel is following the elitist views of the IMF. This is all in line with the trade deal. This is a high-risk strategy since what she is doing took the U.S. more than a generation to accomplish. She will never see what she thinks will happen in her lifetime.

« Belgium Riots Reach up to 100,000 People Against Austerity
Belgium to Introduce 33% Tax on Investments »