Le Pen Vows: “Nothing Can Stop Us” 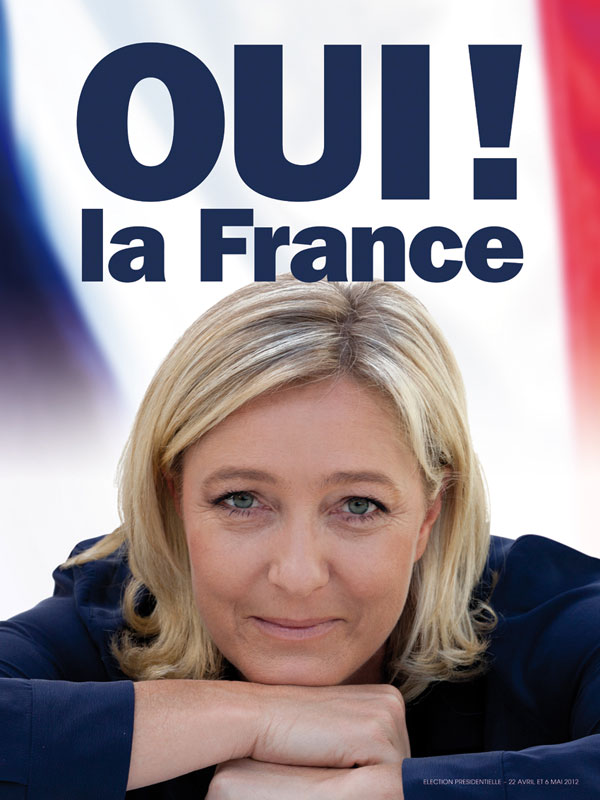 Marine Le Pen and her Front National (FN) Party did not win the Sunday elections. She replied: “Nothing can stop us.” Indeed, the cyclical trend in politics will turn ever more nationalistic as the EU continues to crumble from within. Le Pen will grow in force as the perception of a complete system failure by Brussels in every possible direction materializes. Politicians will NEVER admit a mistake. All they will ever do is become more DRACONIAN and attempt to force their desired outcome upon the world. That applies to Brussels, Washington, and every other country.

The only politicians in Europe who are critical of the EU are all on the extreme right and this is the direct result of the failed policies of Brussels. The entire spectrum of politics is completely wrong. We heard Hollande reply to Le Pen that the idea of Brussels was indeed to federalize Europe to prevent war between France and Germany. They ignore the fact that in attempting to force a political union, they surrendered their sovereignty and culture to a one European government that cannot possibly work. Economic integration prevents war, but forcing policies upon the rest of Europe to conform to the ideas of one is insane and dangerous, besides the fact it is totally unnecessary.