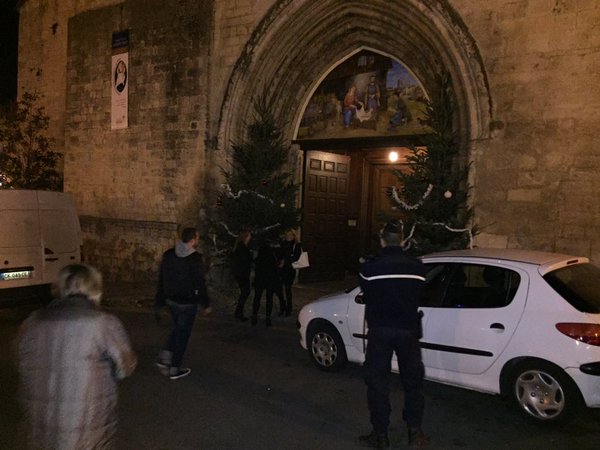 A single picture, taken during Christmas Mass, in rural France. Police forces have been ordered to protect Catholics attending the office.

The comments are : “Never thought we would end up this way”.

Government wants to show it is protecting the French People, but actually, it just put the most remote population of France in a wartime state of mind.

Reply: The French goverment has begun to send police protection to Catholic churches on key holidays. This protection, which began on August 15, 2015, was to protect Catholic churches in France against Islamic attacks before the feast of the Assumption. They officially said:

“Every religious gathering, whatever its magnitude … is vulnerable today to acts of malevolence, which may extend to terrorism.” 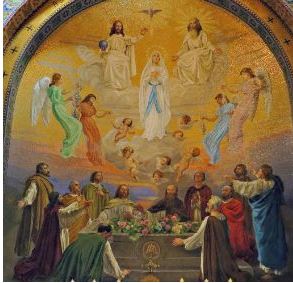 Whether intended or not, this is creating a state of war atmosphere, which naturally strengthens government.

« Rising Separatist Movement in Corsica & Riots Against Muslims
The Only Hope to Save Britain? »