COMMENT: Mr. Armstrong; I am sure you are aware of the sudden correction to the hyped stories by ABC and CNN that a confidant of Lt. Gen. Michael Flynn said that Flynn was prepared to testify that then-candidate Donald Trump instructed him to contact Russian officials. Of course, they twisted that directive when Trump had only instructed him to open a dialog with Russia to repair the damage of the Obama administration and not to interfere with the elections.

I purchased the DVD of the Forecaster from Amazon. OMG, what an eye-opener. The review of LA Weekly was amazing stating that your film is an espionage and duplicity thriller “as serpentine and fascinating as a John le Carré novel.” What you put out there how the United States interfered in the Russian election that resulted in Boris Yeltsin stepping down and how this put Putin into power exposes the hypocrisy of the Deep State. I bought 10 movies for Xmas gifts.

Thank you for surviving. I was told by another client of yours that everyone else around was killed.

ANSWER: Oh yes. Everyone surrounding this case was killed on the Safra side. Putin knew I refused to join that crowd. That is why they would never go to a trial. Can you imagine if this was ever to have been in a real open court that was honest? They were scared to death if I took the stand and exposed what was going on Behind the Curtain.

This is a standard operational procedure of always criminalizing anyone who is a threat to the powers that be. It is by no means limited to the United States. Germany is going after the former head of the AfD, Frauke Petry, to eliminate her from politics. France was doing the same to LePen. The EU was behind the coup to criminally charge Prime Minister Berlusconi to bar him from politics because he wanted to take Italy out of the Euro.

The new documentary “Atticus V. The Architect” exposes how Karl Rove used the Department of Justice to stop the former governor of Alabama from rising to a potential presidential candidate. This film uncovers the truth behind a hijacked election here in the USA, and how the power to indict people should NEVER rest in the hands of any government.

The Grand Jury was supposed to protect citizens from political prosecutions, but it has been completely undermined and serves nothing close to its constitutional purpose. The Supreme Court wrote quite eloquently what the Grand Jury was supposed to do. “The … grand jury … has the dual function of determining if there is probable cause to believe that a crime has been committed and of protecting citizens against unfounded criminal prosecutions.” Branzburg v Hayes, 408 US 665, 686-687 (1972). However, when the Supreme Court handed absolute immunity for prosecutors, they routinely mislead grand juries and provide only allegations to show guilt. The defendant has no right to present his side and the Supreme Court said that the trial jury will correct any injustice. That is a joke for 98.5% of the people plead guilty because the system is so rigged, lawyers tell them they will not win.

In a decision by Judges Evans, Posner, and Easterbrook of the 7th Circuit (Chicago), they wrote in 2005 the truth about the Grand Jury process:

“Realistically, federal grand juries today provide little protection for criminal suspects whom a US Attorney wishes to indict. Nevertheless, that is not a realism to which judges are permitted to yield.” 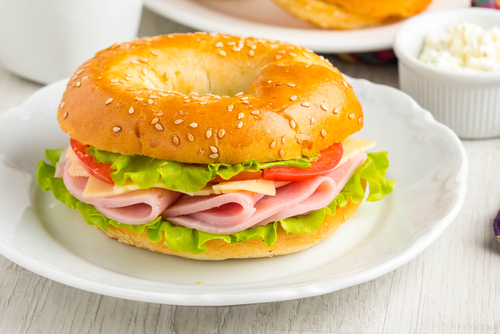 Back in 2014, the refusal to indict police officers in the USA for killing people wrongly prompted a British Newspaper to write: “A grand jury could ‘indict a ham sandwich,’ but apparently not a white police officer,” U.K.’s Independent. The former Chief Judge of New York, Sol Wachtler, became famous for the modern legal comment on how bad the Grand Jury had become. His comment became immortalized in the Tom Wolfe novel, Bonfire of the Vanities (1987). His review of the Grand Jury was the famous phrase that a grand jury could “indict a ham sandwich,” if that’s what you wanted because the prosecutors are totally unsupervised in bringing indictments. He later said that he coined the phrase during a lunch interview with Marcia Kramer of the New York Daily News.