Do States in USA Have a Right to Leave? 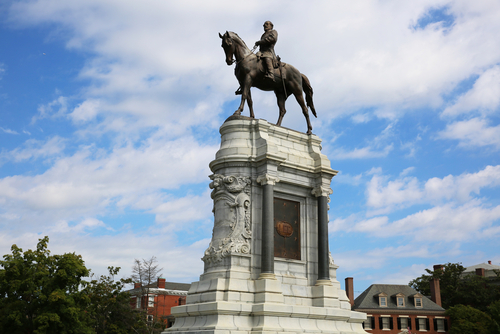 ANSWER: I have to be consistent that what stands as a principle for one must stand for all. I greatly admired former Justice Scalia. However, in a letter he once said that there was no right to separate and that was decided by the Civil War. War never settles any issue morally or ethically. Both Lenin and Mao won their wars. So did the Mongols. I do not believe those wars establish morality or ethics – only the principle that he who has the the power wins the battle field.

I personally believe that the removal of monuments and suddenly saying Jefferson was a slave owner to tarnish his reputation, is all an effort supported to really target the rise of separatism. It is too coincidental and the Civil War was not exclusively about slavery – it was about State’s rights. The bulk of the soldiers were not slave owners. Even General Lee had written to the New York Times and said he would free all his slaves. All this removal of monuments that have been there for 100 years or more that suddenly offend people should not be painted with the same brush.

Of course slavery is wrong and today we are all economic slaves told to produce for the state and if we do not turn our income over to them, we are imprisoned and our families destroyed. Not everything was about slavery to justify rewriting history. There are people wanting to protest to stop Columbus Day parades. Columbus was imprisoned for treating the natives equally with Spanish citizens. Ethically, slavery was only justified as the spoils of war. That is why slaves were imported from Africa where one tribe sold the other to the Dutch. The natives in America were not made into slaves because they were not the spoils of war. So the whole issue is far more complicated than the simplistic labels being attached.

The American Civil War was really to suppress the rising trend of separatism in the USA. Even Texas included that in their platform and Hawaii will most likely move to separate by 2031. I wrote back in September 2015 about the rising separatist movement in Catalonia and Texas. The English Civil War was about the Puritans desire to suppress everyone else for their religious beliefs. They beheaded Charles I not much different from ISIS today, who is also obsessed with destroying monuments that offend their religious beliefs even though they are thousands of years old.