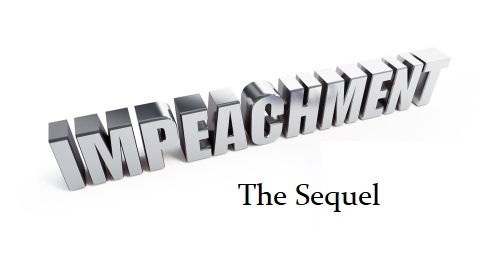 I have endeavored to provide only reliable information. My sources are real, not imaginary conjuring up plots where Trump will invoke the Insurrection Act and even arrest Pence. The last time that was invoked was in 1992 by George H.W. Bush during the unrest in Los Angeles after the acquittal of police officers who beat Rodney King. It is not likely that he could have invoked it to arrest Pelosi, Schumer, or Pence. Claims that “this is not a drill” are just so bogus I cannot imagine why people make up this stuff or they are deliberately being fed disinformation to inspire violence. There will probably be such a military uprising in the years ahead – but not now. I warned back on November 20, 2020, that I did not think Trump would win. This election has been rigged and the impeachment is also being rigged as well. They may think they are undermining Trump, but all they are doing is confirming the corruption runs deep in Washington. It’s not a swamp – it’s an ocean. 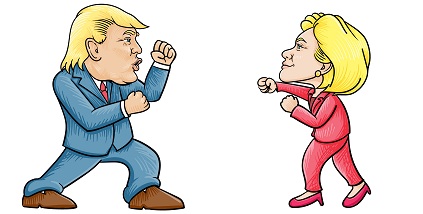 Before the 2016 election, I wrote on October 12, 2016, “It will NEVER be the same after this election.”  Trump raised a fraction of the money that Hillary did yet he beat her. That election proved something very important beyond money cannot buy the presidency that Michael Bloomberg never got. This was the beginning of what people called – “Trumpism.” I wrote before that 2016 election:

“This battle is really the PEOPLE v CAPITOL HILL. It is a shame it has to be Trump leading the charge. Hillary has raised $516.6M with almost 30% coming from Super Pacs. Trump has raised only $168.2M with only 1% from Super Pacs. About 99% of donations to Trump come from small people. Hillary has the bankers, lobbyists, and hedge funds. Don’t you even bother to ask why? The world behind the curtain is an all out war against Trump. Even the top three media outlets have instructed their employees to “destroy” Trump. This is also the end of the press. They have lost all credibility. It’s over! We should just turn out the light!”

On August 23, 2018, I warned that behind the curtain, there were Republicans who hated Trump because he was not one of them. It was John McCain who worked with Hillary to hand Comey the notorious dossier she paid to have made to win the election. You had direct deceit within the Republican ranks against Trump because he was not a career politician.

“Those who think this is about supporting or opposing Trump for some political philosophy are plain gullible. There is so much more here going on behind the curtain. Those in power still REFUSE to accept that Trump was elected as a vote against THEM. We just saw the same thing in New York with the Alexandria Ocasio-Cortez. The Democrats are shocked she won but they too wrongly look at her victory as it must mean they want more socialism instead of looking at it as a vote against career politicians. The same is happening everywhere from Malaysia to Italy. It is just time for a major change because the system does not work anymore regardless if we have a Republican or Democrat in the White House – nothing changes.”

I have warned that the Republicans may split because they failed to understand what they see as “Trumpism” existed long before Trump. It has been a growing philosophy of distrust and discontent which over the course of decades has manifested a bipartisan populist undercurrent that stretches back through Pat Buchanan, Ross Perot, Barry Goldwater, George Wallace, Huey Long, William Jennings Bryan, and even Andrew Jackson – the people against the establishment.

The London FT did a piece on “populism” and how all the politicians were frightened that they could be thrown out after Trump won in 2016. As the FT said, populism “horrified” the global political elite because they feared losing power! They hate democracy for why should these uneducated stupid people be able to vote them out of office – God forbid!

So what is going on with this Impeachment Sequel? Why did 10 Republicans vote for it in the House? There is the rise of “Washingtonism” which I define as Career Politicians Only need apply! The real goal here is very sinister and it is all about stopping Trump from running again in 2024. If he is impeached in the Senate, then he cannot run again if the Senate also votes on that issue.  The Constitution allows a convicted felon to be a member of Congress, even if in prison. The only way to prevent Trump from running again is to impeach him and take a second vote to bar him from ever holding office again. Mitch McConnel in the Senate needs 17 Republicans to join the Democrats in order to obtain two-thirds majority to convict Trump. The whispers behind the curtain are that McConnel is lobbying to get 18 so nobody has to be that 17th vote.

But since the president was impeached by the House, if he is convicted by the Senate, Trump would be stripped from the post-presidency benefits provided by the Former Presidents Act of 1958. Trump will lose his $200,000/year pension, $1 million a year travel fund, and taxpayer subsidies to pay for office space and staff. He would still receive security, however, thanks to a 2013 amendment to the law, which provides presidents and spouses (unless they remarry) with Secret Service protection for life. Even if Mitch McConnel orchestrates a Senate vote to remove Trump, that would not prohibit him from running in 2024 by itself. The Senate could ban Trump from becoming president ever again, but it would have to hold an additional vote on this question. Make no mistake about it. The “established” politicians in Washington who have been there for decades want Trump banned from ever running again and that is both Republican and Democrat. 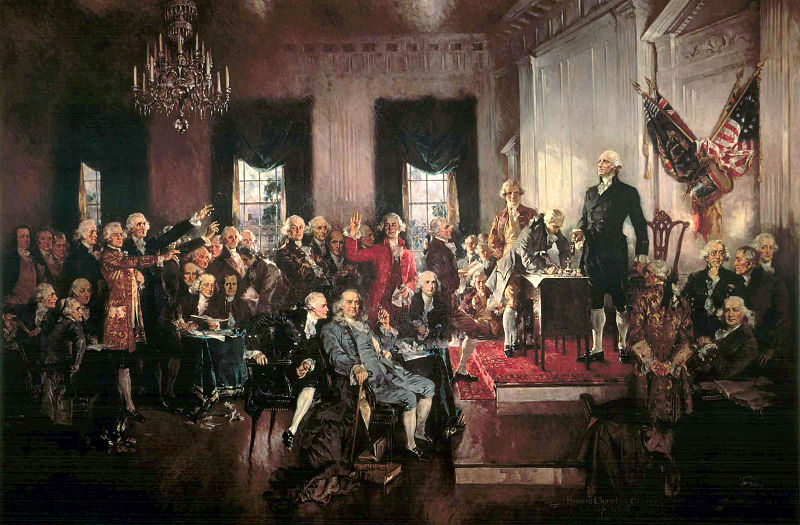 This is clearly a political attempt to prevent Trump from running again. These self-centered career politicians really think that removing Trump will end populism. They cannot imagine why the people would want anything different. What Pelosi has done is a clear abuse of her power. If we look at the Constitutional Convention with respect to the “intent” behind the phrase which will be required by the Supreme Court to interpret if Trump appeals, which he should, then the choice of words describing the grounds for impeachment are controlling.

Only after much debate over the definition of grounds for impeachment did we arrive that the phase High Crime and Misdemeanors (see SOURCE). The first problem they have is that whatever the president says, as a member of Congress, is protected speech. A member of Congress cannot be sued for calling Facebook anti-American or a low criminal. Secondly, the question nobody wants to answer is did Trump tell the people to storm the Capitol? If you invited friends over and one of them got in an argument with your neighbor and killed them, does that make you guilty of murder? Obviously not unless you instructed them to kill them. They obviously are stretching here for the very concerns Thomas Jefferson raised during the debates.

The English practice of impeachment was different and more criminal in nature. Impeachment was the device to remove from office one who abused his office or misbehaved but who was protected by the King. The penalties included fines, imprisonment, or even death. By contrast, the American impeachment process is remedial, not penal, and was limited to the removal from office and disqualification to hold future office.

The phrasing is clearly derived directly from the English practice. On June 2, 1787, the framers adopted a provision that the executive should “be removable on impeachment & conviction of mal-practice or neglect of duty.”* The Committee of Detail reported as grounds “Treason (or) Bribery or Corruption.” The Committee of Eleven reduced the phrase to “Treason, or bribery.” On September 8th, Mason objected to this limitation, observing that the term did not encompass all the conduct that should be grounds for removal; he, therefore, proposed to add “or maladministration” following “bribery.” Upon Madison’s objection that “[s]o vague a term will be equivalent to a tenure during pleasure of the Senate,” Mason suggested “other high crimes & misdemeanors,” which was adopted without further recorded debate.

Debate prior to the adoption of the phrase and comments were concerned about the President and upon what grounds should he ever be removed. During the First Congress’s “removal” debate, James Madison maintained that the wanton dismissal of meritorious officers would be an act of maladministration that would render the President subject to impeachment. Furthermore, reading the various comments during the ratifying conventions, suggest that there was to be a limitation of the term to criminal, if not serious criminal behavior.

If we read this commentary objectively, Trump did not order the people to storm the Capitol building and evidence exists that the police opened the doors. What Pelosi is doing is abusing her own power. Speaker Pelosi spoke with General Milley, the chairman of the Joint Chiefs of Staff, about making certain President Trump couldn’t launch a nuke. She also suggested they remove the President with a military coup. Sources also said she asked for marines to be sent to Capitol Hill on the 20th and disrespected both the capitol police and the National Guard calling them weekend warriors. Pelosi had no constitutional authority and that call was a violation of the separation of powers by seeking to inject herself into an executive-branch military decision. If Trump was “unhinged” than Pence would have invoked the 25th Amendment if it ever came to such a bizarre reality.

What is much more concerning here is that Pelosi, Schumer, and McConnel are looking at a means to prevent Trump from both running against and to divorce him from the Republican Party. This in itself shows tremendous arrogance. They still refuse to accept the fact that people voted for Trump not because he was some fantastic guy, but because they were against career politicians. This is the real coup and I have warned it is not exclusively coming from the Democrats. They are abusing the power of impeachment and history is not going to look favorably upon their actions here in 2021. The exploitation of the Black Lives Movement and the Democrats telling the police to stand down followed by imprisoning Trump supporters for 10 years for taking just a selfie is already starting to fuel racism in the nation and in the military. The double standards support by Pelosi will be seen as a very serious turning point in the United States with hindsight.