Am I Biased for Trump? 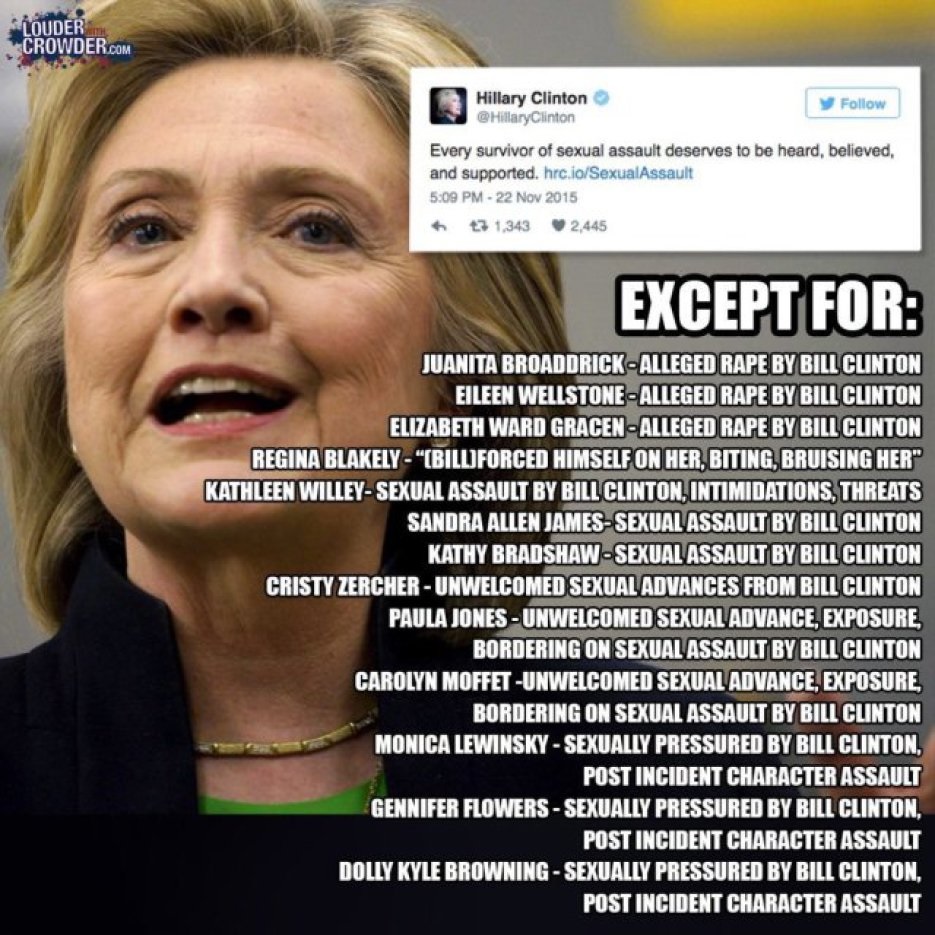 COMMENT:  Mr.Armstrong,
I am wondering why you haven’t commented on the recent Trump scandal about the video with Billy Bush? Constantly seeing articles on how corrupt Hillary is but obviously you are biased towards Trump winning for not making a statement about his misogynist comments about women!
Sincerely,
PH

REPLY: There is a huge difference concerning statements from more than a decade ago and the countless financial frauds of Hillary. But Hillary is not the only “evil” person in Washington. A tape was given weeks in advance to Paul Ryan and elite Republicans and he never told Trump. This is part of the conspiracy between career politicians of both parties. I wrote: “Trump having a vulgar discussion about a number of women is indeed over the top and something you would expect from a locker-room banter.” That is far different from the rest on Capitol Hill who just line their pockets and you are their target. Yes, a tape that involved Billy Bush means he is being fired from the Today Show for banter more than a decade ago. However, other tapes show it was more the nature of Billy on a regular basis. This is what society has become.

Today. there is ZERO TOLERANCE for anything and the problem is that the human race is anything but perfect. Anyone who says they have never done or said anything wrong ever, is an absolute liar. The polls do show that even the majority of Republicans do not think tapes from more than a decade ago are relevant. Who hasn’t changed their mind from their youth or was Trump responding to a macho attitude of Billy Bush? Who knows? The Secret Service have revealed Hillary’s gutter mouth, violent temper, and she even called one agent “you Jew bastard”.

What either one has said is not really the issue. Will this be about ending corruption or furthering it? Emails have surfaced showing Hillary gave preference to Bill’s friends trying to get a piece of the action in Haiti. We already know that the donations to Haiti were ripped off.  Nevertheless, if you want to vote for Hillary because of this single incident, have a nice day. This is the Political Year From Hell. It will all be down hill from here into the future. Just send Hillary more money and whatever you would have left any kids in the future while your at it. The next trade you lose, consider that a donation to the New York bankers as well. Since they own Capitol Hill, it should be considered a donation for tax purposes. After all, the poor bankers have to eat too.

There is far more out there about the Clintons I do not rehash and I don’t bother to comment on. However, I also warned: “It will NEVER be the same after this election.” What you fail to grasp here is President Kennedy was notorious for having affairs. However, the Press did not cross that line between personal and criminal. Nixon was driven from office for having tapes and trying to cover up, which is exactly what Hillary has done. By equating personal issues and banter with criminal activity means that nobody in their right mind would run for office who is even qualified. Who wants to subject themselves to that? If you told some former lover something and they then call you a rapist piece of shit, unless you are Bill Clinton with white shining armor, good luck.

Is Trump the knight in shining armor? Of course not. This election is by no means Republican v Democrat or even Trump v Hillary. Those days are gone and strangely enough, most people are oblivious to the change in trend here. This is the peak in government and the total collapse is unfolding right before our eyes. Trump cannot reverse that trend. He might slow it down a bit if he was even allowed to take office, which I seriously doubt. They are conniving every possible scheme to ensure he does not win, and if he does, they will blame it on Russia and deny him the position. The Republican elite are dead against Trump.

This battle is really the PEOPLE v CAPITOL HILL. It is a shame it has to be Trump leading the charge. Hillary has raised $516.6M with almost 30% coming from Super Pacs. Trump has raised only $168.2M with only 1% from Super Pacs. About 99% of donations to Trump come from small people. Hillary has the bankers, lobbyists, and hedge funds. Don’t you even bother to ask why? The world behind the curtain is an all out war against Trump. Even the top three media outlets have instructed their employees to “destroy” Trump. This is also the end of the press. They have lost all credibility. It’s over! We should just turn out the light!

If you want to say I am biased, fine. But not for Trump as a personal candidate in the traditional Marxist contest. I am biased against the system for it is corrupt, disgusting, and hopelessly beyond repair and that includes Republicans and Democrats. This is what our computer is projecting and it has no personal bias. It simply says we have to crash and burn and then just maybe, if there is the slightest glimmer of hope, perhaps, we can rise from the ashes like the phoenix and redesign this mess all over again to leave our children something better than we inherited.

Otherwise, quite frankly, I have no personal desire to live in a world that is this far gone. I am glad I have seen the majority of my life pass me by. That is my personal selfish view.

What I do, I am compelled to do, but not for me; for who I leave behind.

« Are we Being Prepared for World War III?
Hillary Admits Saudi Arabia funds ISIS Yet Takes Money From Them for the Clinton Foundation »