Crimea & Carving up the World

COMMENT: Dear Marty
You mention that Crimea was taken by Russia. However, this is just the MSM view. The West is accused of fermenting the problem in Ukraine which precipitated this. The people voted in a referendum with 31 international observers, 95% to reunify with Russia where they had belonged since 1783. Why does the West not recognize the referendum??

Ukraine had passed a law making Russian not the first language after the coup. The people of Crimea have voted in overwhelming numbers and by an overwhelming margin to leave Ukraine and to federate with Russia. The majority population in Crimea speaks Russian, identifies with Russia and was formally a part of Russia until the region was transferred to Ukraine as a largely administrative measure in 1954 when Ukraine and Russia were full republics united in one country: the Union of Socialist Soviet Republics. 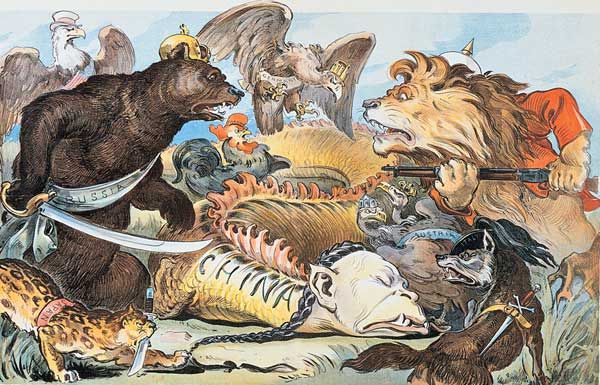 REPLY: From the outset, my position was that Ukraine should have been split according to language. Borders have been drawn by politicians, and this policy has given us so many problems over the years. It is language and culture that should define a national border. It is also wrong for the refugees to enter Sweden and then refuse to adopt the culture of that nation demanding their own laws will apply in specific regions. This is not like colonizing the Moon.

What I would disagree with you on is that the West instigated the revolution. I personally have friends who were in Maidan and they were not puppets of the CIA. The revolution was over the corruption in the Yanakovich administration and the extortion of small businesses as his sons were running a protection operation.

The West did instigate the civil war in Syria. That was to help Qatar get a pipeline through Syria to Europe in order to compete with Russia. That was the whole issue and Obama’s agenda.

The vast majority of people in Crimea were Russian with Tartars as well. Crimea was Russian and was given to Ukraine to manage by the Soviet Union. It is Russian by culture and the sanctions against Russia are political for economic reasons and are not based upon the desire of the people of Crimea. The people should decide the same as they should decide in Catalonia, Scotland, Northern Ireland, etc., etc..