The Government’s Murder of Robert “LaVoy” Finicum Who Obama Protects

Caution this is very disturbing

This is the video evidence that shows how ruthless government employees have become against the people. This is the outright murder of Robert “LaVoy” Finicum. Nobody shot at the police. Yet, they murdered LaVoy and kept shooting at the people in the car in an attempt to kill them all. This is an international outrage and would be a war crime by any other standard by which they demand soldiers be prosecuted on with such evidence. If this is the police then we are all just the enemy. They deserve life in prison and to protect these cops, is an invitation to ALL police to just do whatever they like. Why does Obama not demand that guns be taken away from police who just use them at will recklessly? You are far more likely to be killed by police than by a terrorist. They know they can kill you without any charges. So they have no restraint and shoot to kill anyone without remorse.

LaVoy made the fatal mistake that he still believed in the system. He states clearly you will have his blood on their hands as if he believed that would bother them. That is the key point here. These types of people view us as the hated enemy. They will slap each other’s hands in a high-five fashion like winning a touch-down when massacring unarmed citizens as if we are deer on a hunt. We have crossed the point of no return. They no longer see us as the people they are sworn to protect. It is now them against us and any confrontation gives them the right to murder us unarmed. This is a sad statement for it is becoming far more common like a disease spreading among the police. A friend’s daughter wanted to become a law enforcement officer. He has shown her many of these cases. She has changed her mind for she no longer wants to be associated with this type of conduct. 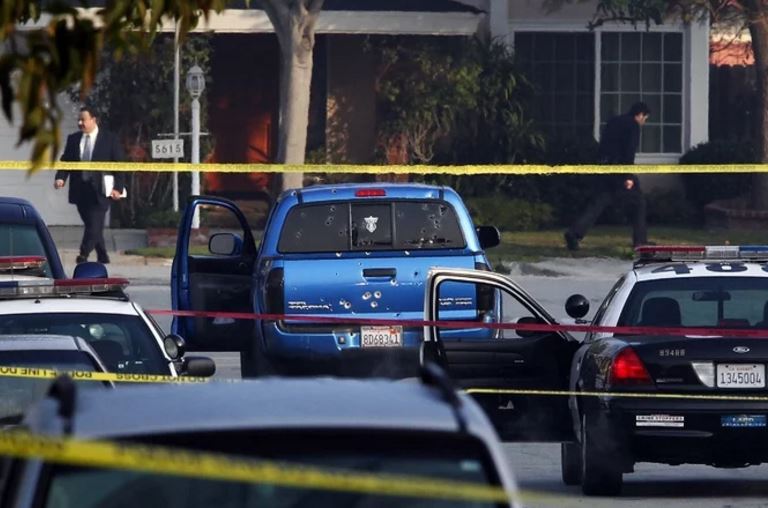 In another case, eight Los Angeles police officers opened fire on two women in a blue SUV because they were looking for someone driving such a vehicle who killed a cop. They never bothered to see if it was even the suspect. They shot at two women over 100 times. They will not lose their jobs. Of course not. They won’t even be suspended. They’ll just get some “additional training” so next time they can kill innocent people at least on the first shot instead of wasting 103 rounds that cost money.

And they wonder why people are angry and fed up with the establishment? Come on. Refusing to prosecute any police emboldens them all and that is scary for they become an occupying force as if we lost the war and are invaded. This is exactly what inspired the American Revolution. Jefferson stated it in the Declaration of Independence.:

“For Protecting them, by a mock trial, from punishment for any murders which they should commit on inhabitants of these states.”

One primary incident was the “Boston Massacre” which was the killing of 5 colonial individuals and wounding six by British troops. The troops were sent over to control the rebellions that were caused by the Townshend Acts. They opened fire exactly as you see in this video against unarmed citizens. We suffer the very same injury today and they are NEVER prosecuted. The king is dead, long live the unelected bureaucracy.

« California Earthquake Due
Canada Sold All Its Gold Reserves – Who Will be Next? »