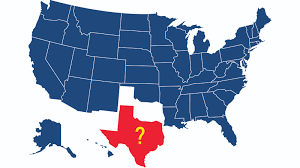 Senator Ted Cruz sympathized with Texans wishing to secede from the US as the future seems “hopeless” under Democratic injustice. Cruz is not currently supporting a secession or “Texit,” and said he hopes that his voters can help the US from spiraling into a Marxist utopia. “If the Democrats end the filibuster, if they fundamentally destroy the country, if they pack the Supreme Court if they make D.C. a state, if they federalize elections, if they massively expand voter fraud, there may come a point where it’s hopeless,” Cruz stated this past Monday.

There is currently a petition by the Texas National Movement to separate from the US that has been supported by 422,238 people at the time of this writing. The website declares:

This growing movement is being propelled by people who simply feel that their voice is being muted by the Biden Administration. Cruz is also currently fighting against vaccine mandates for children. Yes, children. People are scared and with good reason. There is a term being used that we are entering “junior year of COVID,” as these mandates and rules continue to control every aspect of our lives.