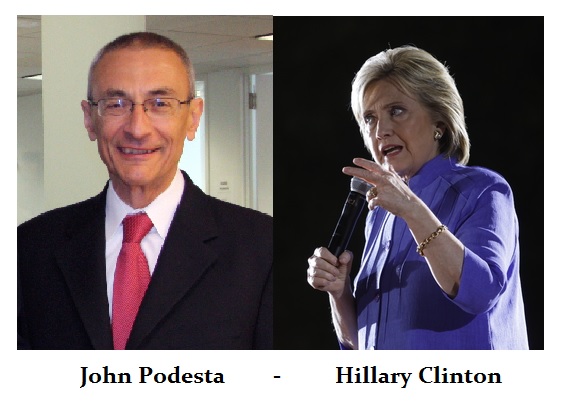 Wikileaks has produced an email that shows Hillary Clinton routinely discussed things that should have been on a secure server. Hillary sent an email to her campaign chairman John Podesta back in 2014, who was then-counselor to President Barack Obama. In this email, she said Saudi Arabia and Qatar were both giving financial and logistical support to the Islamic State and other extremist Sunni groups demonstrating that indeed this has been a civil war between Sunni and Shia. This email, dated August 17, 2014, was an eight-point plan to defeat ISIS in Iraq and Syria. Clinton’s email said that the United States should support Kurdish forces on the ground with U.S. military advisers and avoid the use of a conventional ground operation. She said we needed to bring pressure on the governments of “Qatar and Saudi Arabia, which are providing clandestine financial and logistic support to ISIL and other radical Sunni groups in the region.”

The differences between Shia and Sunni is to be found in their interpretation of the hadiths and sharia law on how Muslims should define and govern themselves. But for the most part, the religious differences are really superficial for the conflict and violence is truly driven by political power, which intertwines with theology. There have been protests in Saudi Arabia following execution of Shia there. This is the nature of the civil war which is brewing (see War Cycle Part II).

This really raises serious questions when in fact Saudi Arabia is one of the countries donating large amounts to the Clinton Foundation.

« Am I Biased for Trump?
Is Trump Really the Answer? »