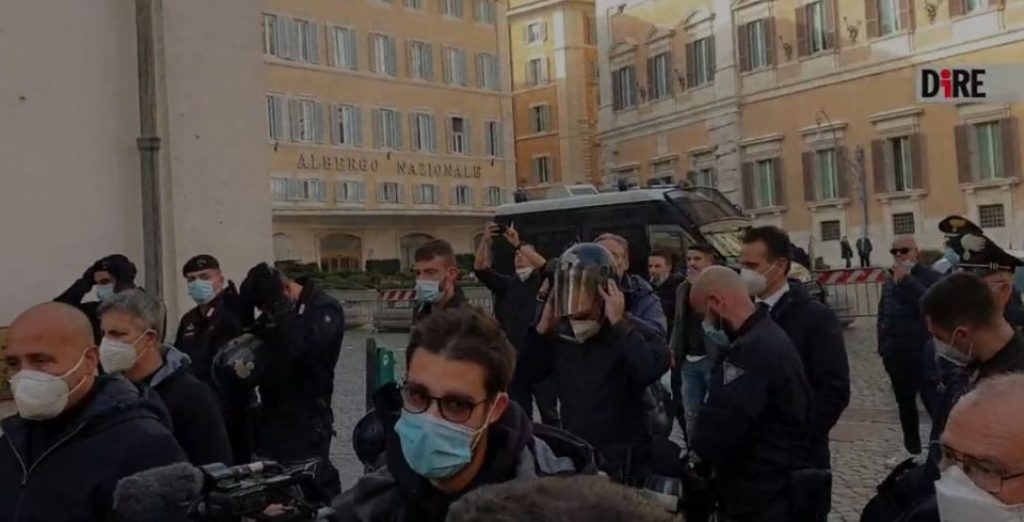 Many people have written in to say this is all too depressing. I explain that by posting what is taking place globally, you can see that RESISTANCE IS NOT FUTILE. I reported previously how the police in Naples turned and joined the protesters. Now the same is taking place in Rome. The people are starting to rise up. One reader just wrote in about Pennsylvania. Resistance is starting to appear everywhere. It is building as we move into 2022.

There are more businesses pushing back now and not following Gov Wolf’s mandates and business guidelines. Following the 3 week shutdown that covered Christmas and New Years, when many businesses that were supposed to shutdown, did not shutdown and remained open for the duration in defiance. Now many businesses are following up with not enforcing the mask mandates, capacity restrictions, travel restrictions and other mandates, that many are just ignoring. Now there still are some true believers, but many in this area of PA are just moving on. A lot are just saying NO to the prick (Fauci and vaccines). Will be interesting to see where this all goes.

Schwab, you better head to Mars sooner than later as you list among your 8 predictions for Agenda 2030!