When Will Greece Elect a Real Government? 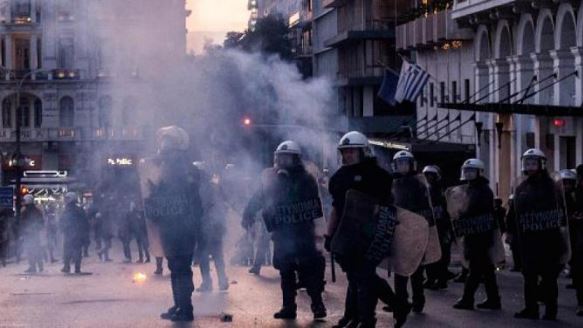 Protests broke out in Greece over the weekend in Athens and the northern city of Thessaloniki. The government is yielding to Brussels and has not figured out that this policy is destroying its own people and their future.

The government passed reforms that they hope will persuade lenders to release more financial aid. They are cutting pensions and raising taxes. The bankers stole the money, yet the people are being forced to surrender their future.

There is absolutely no future for Greece under such policies. Merkel’s hardline against the Greeks is the very reason she let the Muslims in. Merkel promised the German people that Greece would pay back what she lent it. To honor that promise, she has screwed Greece profoundly and is refusing to yield. Coming under intense criticism for her actions against the Greek people, she tried to boost her image by showing compassion to the Muslims and set off an economic invasion of Europe. This is just not going to end nicely. Her support in Germany has crashed and burned, falling below 40%.

“The Dollar Report” explores the role of Goldman Sachs on this issue and the fate of the euro moving forward.