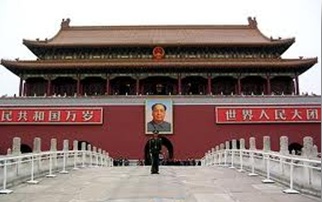 According to statistics released by the State Forestry Administration, China has 2.6 million square km of desert that accounts for 27 percent of the country’s total land area. The desert areas are scattered among 12 provincial-level regions in north China. There is a serious problem on the horizon for China. Following the creation of the People’s Republic of China (PRC) in 1949, the Communist State attempted to alter nature. China’s forests were cut down and used for fuel, lumber, and paper production for the billions of little red books that became rather notorious. This process increased during the 1960s and had the tendency to eliminate both forests and grasslands. This led to a sharp rise in the rate of desertification.

Realizing its mistake, the government saw the desert areas expanding and embarked on an effort to reverse the damage by trying to the create a reforestation effort in 1978. They actually planted 66 billion trees. This became known as the “Green Wall of China,” which was to be completed by 2050.

However, while the intentions were good, the bottom-line result has been devastating. The government introduced fast-growing pine and poplar trees that were not native to the region. These trees needed more water and sucked the region dry. The water table in the soil dropped nearly 10 fold and most of the trees died. Only about 15% of the trees planted since 1949 have survived. Their attempt to reverse the trend had the exact opposite impact. Instead of creating a forest, it expanded the desert. China now has the second largest desert in the world – the Taklimakan desert.

This presents a political risk for the future as China is squeezed by the expanding desert. They will need new technology to grow food as we pointed out.