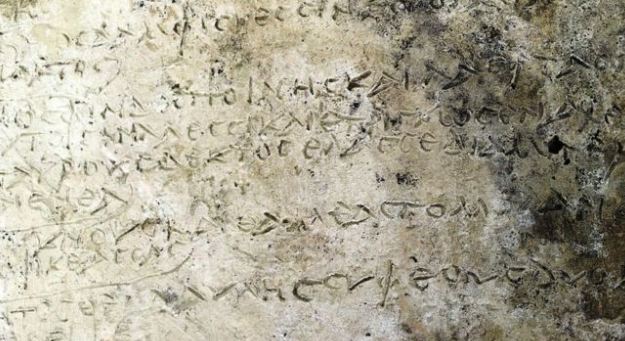 A remarkable discovery has been made and reported by the BBC. A clay tablet recording the story of Odysseus after the fall of Troy by Homer who is the famous Greek poet who was born sometime between the 12th and 8th centuries BC. He is believed to have possibly been born somewhere on the coast of Asia Minor in Turkey rather than the mainland Greece. He is famous for the epic poems The Iliad and The Odyssey, which have had an enormous effect on Western culture, but very little is known about their author.

This latest discovery of a clay tablet was found near the ruined Temple of Zeus in the ancient city of Olympia, during an excavation which has taken three years. The tablet has been dated to Roman times generally and was engraved with 13 verses from the poem The Iliad and The Odyssey. It has been argued that Homer was simply a tale for children because it was handed down in an oral tradition for hundreds of years before the tablet was inscribed. Far too often ancient history is disregarded as myth. 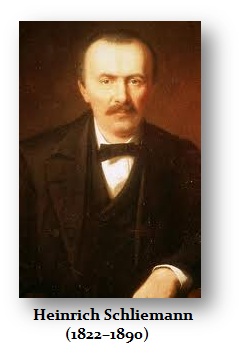 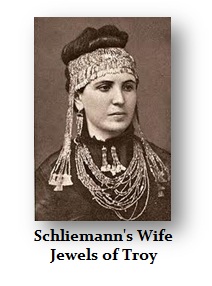 Heinrich Schliemann (1822 – 1890) was a German businessman and a major pioneer of field archaeology. He believed in the historical accuracy of Homer’s Iliad and The Odyssey and Virgil’s Aeneid and that they recorded stories that reflected actual historical events. Of course, all the academics pronounced Homer’s writing was a story for children. Schliemann was an amateur archaeological excavator. He took Homer at face value and believed it was history. To this day people still diminish his contributions because he dared to challenge the academics. Many hate his guts for proving them wrong since they pontificated Homer was a story for children without any proof because they never set foot out into the field to prove that statement was even correct.

This picture of Schliemann’s wife wearing the jewels discovered in Troy was accused of being fake by academics while Schliemann called it Priam’s Treasure. The treasure was smuggled out of Turkey and the official assigned to watch the excavation was sent to prison as a result. The Ottoman government revoked Schliemann’s permission to dig and sued him for its share of the gold. Schliemann thereafter went on to Mycenae where he discovered another part of the Homer epic.

Eventually, Schliemann traded some treasure to the government of the Ottoman Empire in exchange for permission to dig at Troy again. That is located in the Istanbul Archaeology Museum. The rest of his discovery was acquired in 1881 by the Royal Museum of Berlin where it remained until 1945 when it disappeared from a protective bunker beneath the Berlin Zoo. The Russians seized the Treasure yet denied they had it until September 1993 when the treasure turned up at the Pushkin Museum in Moscow. Germany’s request to return it was rejected as Russia asserted that was compensation for the war destruction by Germany. Whether this Treasure was Priam’s is doubtful for it appears to be actually a thousand years older than Homer’s King Priam of Troy. 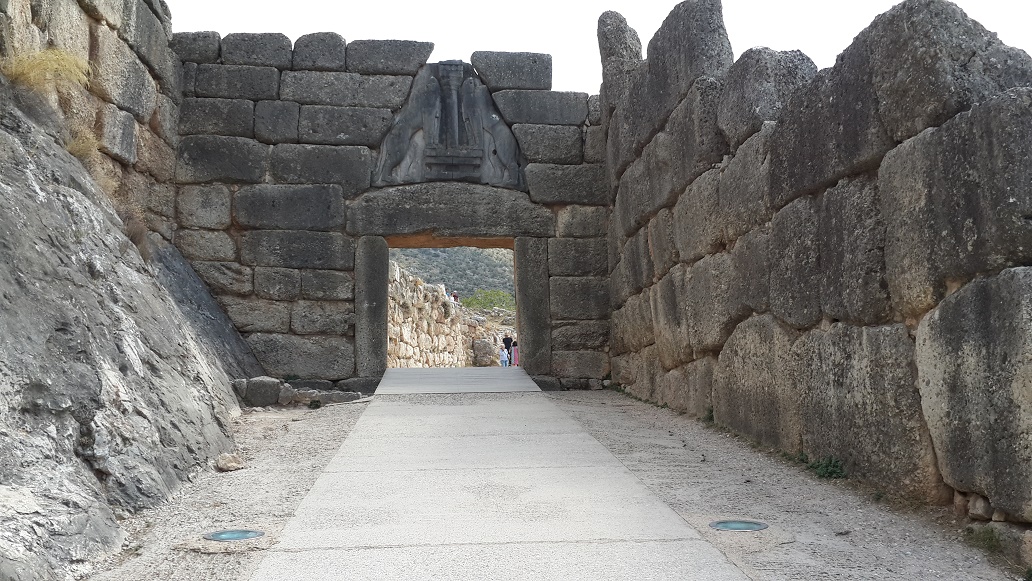 Schliemann not merely discovered Troy, he discovered much of ancient Greece including the Lions Gate pictured here as the entrance to Mycenae. disagreed. He was not an archaeologist, just a history enthusiast with money. He discovered Troy and most of the Greek cities of the Heroic Age, including Mycenae with its Lion’s Gate, described by Homer, not to forget the gold death mask of Agamemnon where Homer said he was buried.

This latest discovery of a clay tablet recording Homer’s tale is the oldest so far. This further demonstrates that the story was part of Greek history and not merely just a legend.