Is Christianity in Decline? 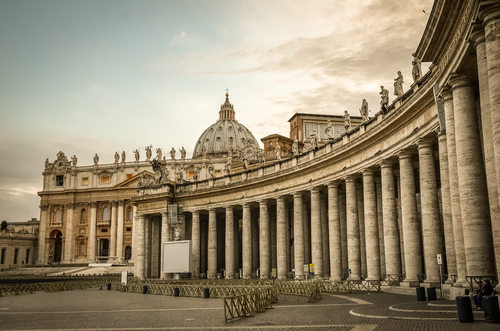 Pope Francis is rather concerned about what he calls a “hemorrhage” of priests and nuns from the Catholic church. Indeed, the loss of clergy is weakening the church over the past decades. The Pope commented on how nuns and priests have just quit claiming that modern society discourages lifelong commitments as in the soaring divorce rate. He further said that people conduct their lives based on “a la carte” choices.

The decline in people attending church services is not just engulfing the Catholic church. This is a trend which is infecting Christianity as a whole, and is reflected in the Podesta emails revealed the Democrats disliked Catholics and Evangelical Christians. Hillary’s staff said Catholics are “severely backwards” and further demeaned them saying they don’t know “what the hell they’re talking about.” Then you have Democratic leader Nancy Pelosi who recently said: “They pray in church on Sunday and then prey on people the rest of the week.”

The decline of Rome coincided with the collapse in their religious beliefs during the 3rd century. Once the Emperor Valerian I was captured by the Persians from Iran in 260AD, confidence began to collapsed in the survival of the Empire. Other barbarians realized they could invade Rome for it was now weak. People turned to their gods and prayed, but nothing happened. Pagans then blamed the Christians saying the gods were offended by them and were punishing Rome because of the Christians. That led to the widespread Christian persecutions under Diocletian.

The fall of Paganism dovetailed with the fall of Rome for the foundation of a society is its religious beliefs. The spread of Christianity contributed to the fall. The Edict of Milan legalized Christianity in 313AD, and it later became the state religion in 380AD. These decrees ended Christian of persecution, but they also eroded the traditional Roman values system. Constantine the Great (307-337AD) championed Christianity, but for political purposes. The polytheistic Roman religion did not truly create a divine status of the Emperor as was the case in Asian culture while living. Constantine defeated the Tetrarchy set up by Diocletian arguing one God, one emperor. We can see this gold medallion pictures Constantine with the sun god Sol who was being portrayed as the invincible supreme god among pagans who always appeared each morning. This medallion demonstrates how Constantine was using religion to support there should be a single emperor not four.

Constantine began to merge religion with the emperor for political purposes. In declaring Christianity the state religion he enabled himself to rob the temples of the Pagans. That was very profitable using the funds to build his new capitol – Constantinople. Christianity by no means played any role in curbing Roman civic virtue nor did it create some religious state. The night Constantine died, his son, Constantine II was perhaps the main instigator in what has become known as the “palace massacre” during which most family members born of his step-grandmother Theodora were murdered. Christian values certainly did not change the morals of the elite within the Roman Empire. 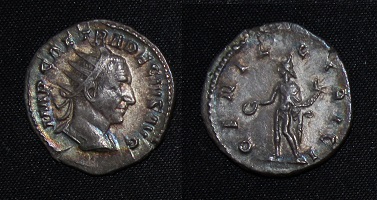 In 212AD, universal citizenship had been granted to all freeborn inhabitants of the empire. As the economy imploded following the reign of Maximinus I (235-238AD) who simply declared all wealth belonged to the State, it was Trajan Decius (249-251AD) who enacted measures intended to restore stability and unity. Decius included a requirement that Roman citizens affirm their loyalty through religious ceremonies in 250AD. Christian citizens faced prosecution since any citizen who refused to participate in the empire-wide supplicatio was subject to the death penalty. Decius was killed in battle the following year. Therefore, this decree was short-lived and was a significant departure from previous imperial policy that Christians were not to be sought out and prosecuted as inherently disloyal. There had been freedom religion at the core of the Roman Empire. Nevertheless, even under Decius, orthodox Christians were subject to arrest only for their refusal to participate in Roman civic religion. They were not arrested for assembling to worship their own religion. This was the very beginning of the religious persecution post-Nero.

Contrary to popular belief, Christianity flourished because of the religious freedom within the Roman Empire. There were so many gods only because Rome allowed each country it conquered to retain their own religion. Following the edict of Decius, Christianity actually grew for the following four decades. This period became known among Christian scholars as the “Little Peace of the Church”, which ended when Diocletian launched the final and “Great” Persecution in 303AD.

Whether this is coincidence of not is hard to say for we do not have enough changes in religion to verify multiple turning points. Yet from the Edict of Milan in 313AD, we come to the American Civil War in 1861, which was sparked by religion. That was  5 waves of 309.6 years. The next half cycle lined up with the peak in the government 2015.8. Muhammad (c. 570–632 AD) began preaching in 610AD, which was one cycle 309.6 years from the rise of Christianity toward a major religion, which led to the start of the persecution in 303AD. Even the English Civil War, which was Protestant v Catholic, began in 1642. That was 4.3 cycles of 309.6 from 313AD or the Edit of Milan.