The Real Definition of Capitalism 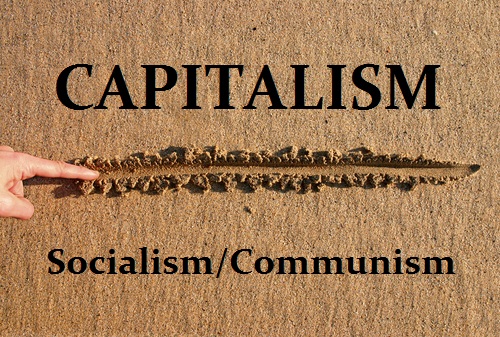 QUESTION: You champion companies that then dominate the system which is the foundation of capitalism. Is this not against the people you seem to support?

ANSWER: No business that is guaranteed by the government is capitalist. That is self-evident in education, insurance, and even medicine. Once the government gets involved to supposedly guarantee something, claiming they are doing so to help the people, corruption expands and the people will always pay more.

All new businesses begin as a monopoly. Someone first has to invent the idea. It is the competition that then takes place that is the core of capitalism — freedom. Once some industry turns to the government for some advantage, then competition is reduced and that ceases to be a capitalistic system. There are some things that need to be monopolized. Take utilities or trains. In both cases, you have to have a single network of delivery. If there were five utility companies all delivering electricity and they had to run their own network of lines, the street would be littered with cables and then what do you do with the poles? Who owns them? The same problem existed with railroads. If a company had to pay each individual railway for the use of their rails for say 10 miles, there becomes a point where the competition prevents economic expansion. This tends to apply only where there is a common delivery network that must be shared.

This is why socialism and communism fail. They try to create common networks that then curtail competition and prevent economic growth. Look at medicine. They compare the US to free medical care in Canada or the UK. But when people in Canada need serious treatment, they come to the USA. The best doctors leave for America because they can make a lot of money. In the UK, they are government employees. The only way to have medicare for all is to nationalize medicine and then the entire system becomes like the Veterans Administration. In the USA, the government is subsidizing the medical profession and politicians always demand nationalizing health insurance rather than looking at the system and the corruption within the system where hospitals overcharge for everything. That is again anti-capitalistic.

There are those who point to big corps and how they own government and then call that capitalism. Sorry, that is just corruption and it is to PREVENT competition to rig the game in their favor. That is ALWAYS the downside of any republic. Once you allow career politicians, they inevitably sell their power to the highest bidder. You will never have a government of “We the People” as long as you have a republic without term limits. I strongly suggest you review your definition of “capitalism” for nowhere in there is the justification for bribery. That defeats the entire system for it is no longer a free market.

« The Rise of the Left
Final Battle with Socialism »