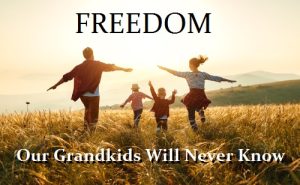 Governor Ron DeSantis of Florida has signed the Parental Rights in Education Act, which the media refers to as the “don’t say gay act,” despite those words not appearing in the bill. The act will save young children from kindergarten through third grade from being taught about adult sexuality and gender theory. “We will make sure that parents can send their kids to school to get an education, not an indoctrination,” DeSantis said.

While some believe this bill is homophobic, this is the type of curriculum it is aiming to prevent: 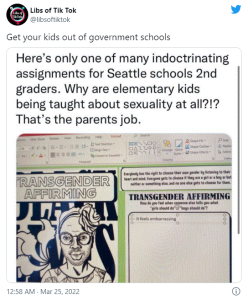 Children should not be asked to express or discuss their sexuality. I am not sure why this needs to be stated. The media is outraged, claiming that DeSantis is harming the youth by preventing young impressionable children from discussing alternative families and lifestyles. Even President Joe Biden called the bill “hateful” and stated that his administration would be closely monitoring Florida public schools.

A statement from Disney: 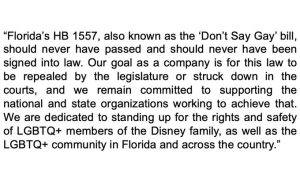 Weeks after it was revealed that over 100 Disney employees were running a human trafficking operation, the company has come out to state that they are opposing the bill. “For them to say that they’re going to actively work to repeal substantive protections for parents as a company that is supposedly marketing its services to parents with young children? I think they crossed a line,” DeSantis stated. “They support sexualizing kids in kindergarten, they support injecting woke gender ideology into second-grade classrooms, they support enabling schools to ‘transition’ students to a ‘different gender’ without the knowledge of the parent, much less without the parent’s consent.” Disney has no problem censoring movies for their conservative Chinese audience and has no problem with their cruise lines sailing to countries that prohibit LGBTQ communities.

As a reminder, tax dollars go towards funding public schools. Unfortunately, the average American cannot afford to send their child to private school. The average cost of private elementary school tuition costs $10,994 per year and the private high school average is $15,535. There is a clear agenda in America to remove gender constructs, with even the next Supreme Court nominee stating she cannot define a “woman.” Why is everyone from the POTUS to major corporations outraged that children cannot be taught about sex? The government wants to take over the parental role. There is something sinister behind the curtain.