Reception in Germany is Amazing 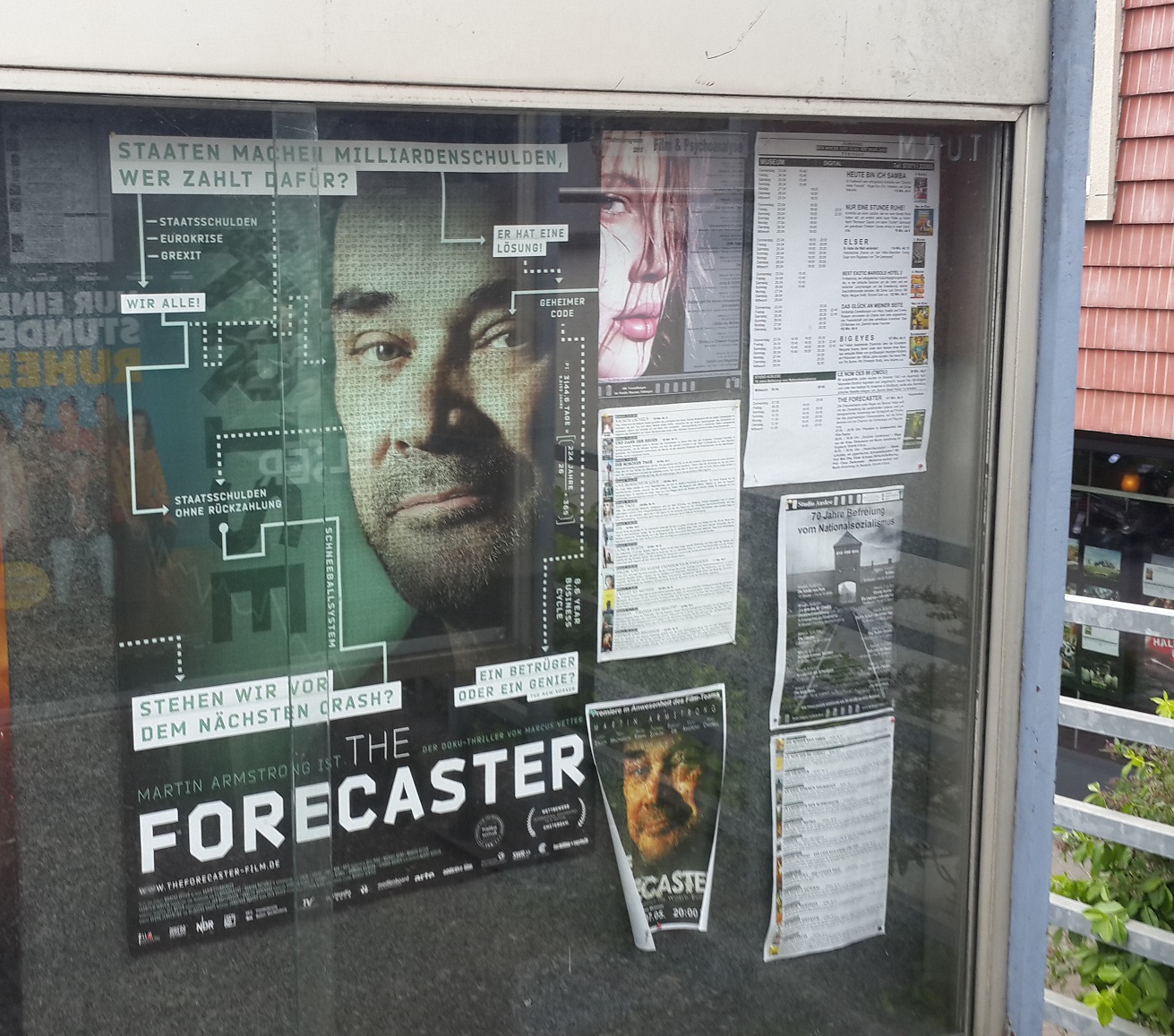 To my surprise, posters are appearing for THE FORECASTER on the streets around cities across Germany. The film will open in Berlin shortly. The significance of this film has been (1) illustrating that there is a business cycle and (2) that there has been something more than just isolated market manipulations.

The implications for the mere existence of a business cycle demonstrates that not only was Marx a failure in communism, but also that it is impossible for politicians to argue that they can flatten out the business cycle and create perpetual steady growth. The serious manipulations by government to sustain a failed system is what we are really facing, and the exemption the banks have had in criminal prosecutions is part of the corruption that is coming to a head.

I have stated many times that there is no change without the pain. Here in Europe, they feel the pain already, whereas Americans will not see that until after October 1st. The reception here for the film is totally different from the American perspective, simply because of reality. Many Americans look at government as some sort of God who takes care of everything, as well as their future. That confidence in government must flip in the United States, and when it does, we will see the same outreach for explanations. This is one step towards hope to bring change in the right direction when the house comes down.