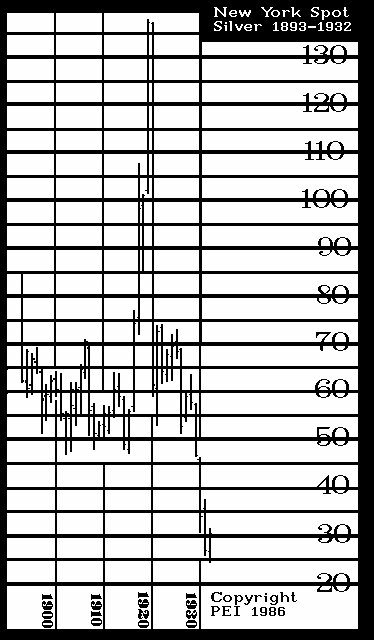 The world’s top 5 miners lost $540 BILLION market value as the Age of Deflation grips all asset classes, helping to send cash running into the open arms of government borrowing. Market values of the top 5 miners have collapsed between 60% and 88% from the major high in 2011. After copper, coal has been the big mining commodity and here too we have seen a crash from nearly a $200 a tonne level back in 2008 to now where it is averaging in the low $60 range.

Despite the shouting that the dollar and stock market will crash, and hence gold will rise, that scenario does not hold up even looking at the Great Depression era. There too, commodities peaked in 1919 and underwent a 13-year bear market bottoming WITH stocks in 1932. The scenarios painted by so many to sell precious metals are just not true. Commodities and stocks rallied out of the 1932 low TOGETHER. 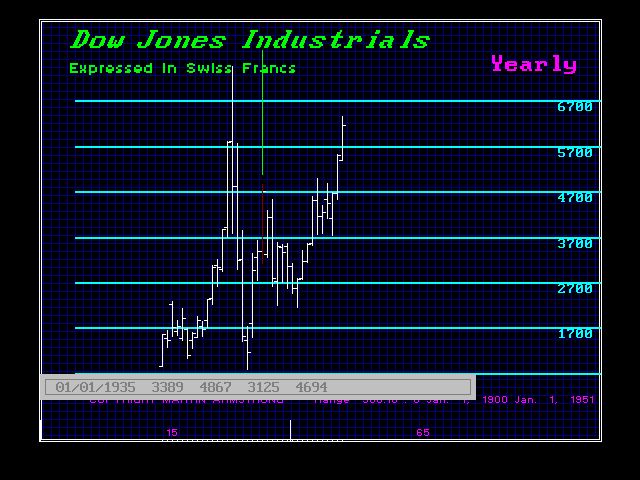 The U.S. share market rose during the boom days into 1929 in terms of all currencies. That is what made the Phase Transition for it was a bull market in global terms as was Japan going into 1989. Note there are significant differences. The Dow peaked in 1917 in Swiss franc terms, whereas the dollar high was in 1919. This reflected the return of capital following World War I. The 1929 and 1932 lows matched in Swiss and dollar terms. However, we again see a leading indicator for the Dow peaking in 1935 in terms of Swiss and 1937 in terms of dollars. The low thereafter in Swiss was 1942, again reflecting the shift in capital flows moving to the USA because of World War II while creating the dollar low at the same time. 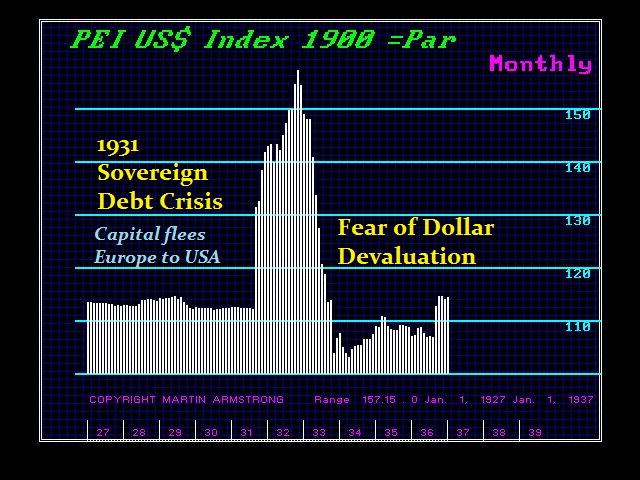 When a currency rises, that creates the deflation for exports become dirt cheap and local business cannot compete with increasing unemployment. As money rises in purchasing power, all assets must fall. Indeed, this was 1935 when Roosevelt created the 30-year mortgage in a desperate attempt to revitalize real estate.

The collapse in commodity prices are on schedule. The difference between a correct forecast and sophistry all depends upon the database, and of course, the fact that one is part of an industry where their income depends upon the price of the commodity that they are claiming to forecast, but in fact are just trying to support your business no different from the comments of politicians and central bankers. It’s called talking you own book.