The quest to eliminate cash is all about Negative Interest Rates for as long as cash exists, people would withdraw their money from banks and stuff it in a shoe-box. They use Japan as the argument that virtual zero interest rates for 20 years failed to produce inflation. Hence, their reasoning is you must go NEGATIVE to force people to spend but they cannot grasp that this is a losing battle. 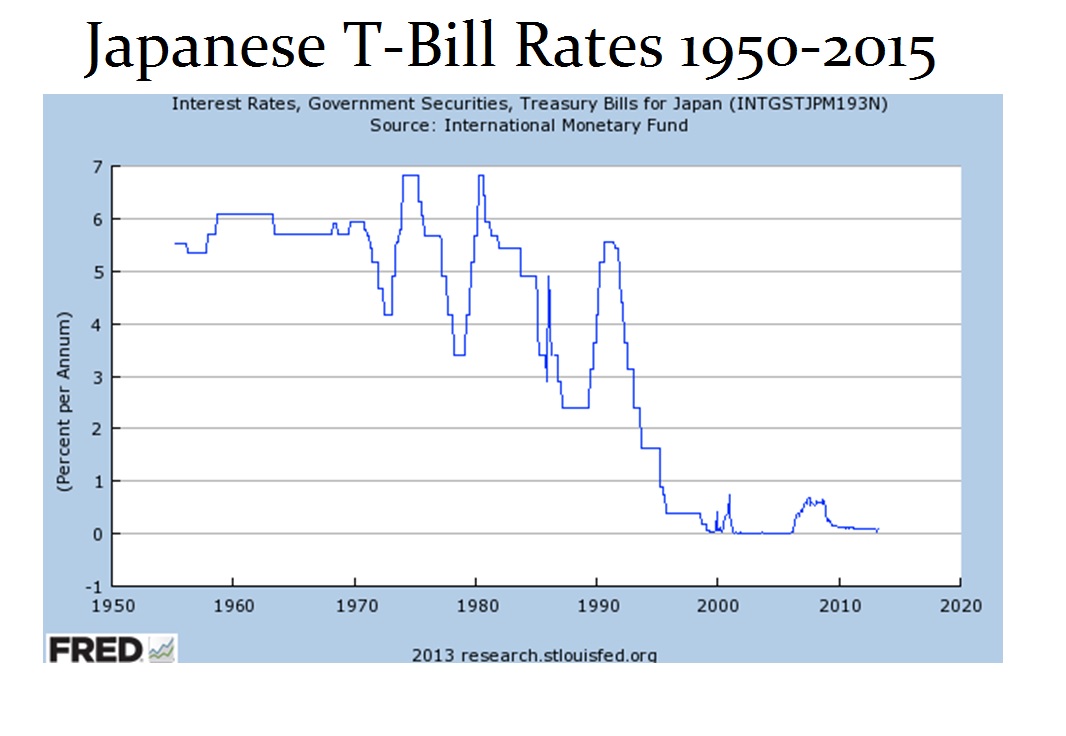 Many central banks are up against the zero lower bound in macroeconomic situation, indicating output less than the natural level. Japan has kept rates at effectively zero for nearly 20 years without creating inflation. This has led to the idea that they must eliminate the zero lower boundary and the only way to do that is to eliminate cash to prevent people from hoarding money at home and withdrawing their cash from banks.

This Age of New Economics is all about manipulating society to achieve optimal monetary policy, which is to keep the economy at the natural level of output. This is where inflation comes into play. Inflation data only gradually reveals where the natural level of output is over time. The general belief is that low enough negative short-term interest rates will work in forcing people to spend and will create inflation, regardless of what people believe about the future, which typically causes them to spend if they believe it will cost more tomorrow. Negative interest rates are seen as the magic bullet that will compel people to spend and therein lies the reasoning to eliminate physical money to prevent people from hoarding.

This is an interesting theory, but money can also return to a barter system, where people do not trust the stability of banks or the system converting the money to practical tangible objects. This is one of the reasons they are also attacking gold.

Japan lost its ability to issue state money because they effectively imposed a form of negative interest rates. Each new emperor devalued the outstanding supply of coinage and his new coins were valued at 10x that of the previous emperor. The people turned to using bags of rice and Chinese coins. The Japanese government was forced to stop issuing coins altogether for 600 years.